US FAA authorises the shooting down of drones

Act means drones can be shot down anytime, anywhere by government officials 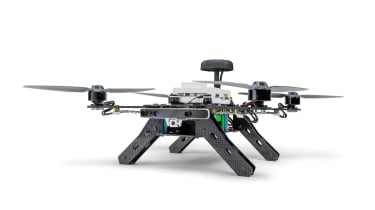 A reauthorisation bill has passed in the US that will allow government officials to shoot down drones considered a threat.

The US Senate approved a five-year reauthorisation act for the Federal Aviation Administration. Part of the act now allows a number of federal departments to "disable, disrupt, or seize control of" drones thought to be a "credible threat" to the "safety or security of a covered facility or asset". This has been broadly defined to include nearly any federal property.

The same act also gives agencies the authority to wiretap all unmanned aircraft regardless of size.

The new version of the act also includes a discretionary notice, where DoJ and DHS are authorised to "warn" drone operators when they are flying in restricted airspace.

Critics have warned that the new act could be abused. The Electronic Frontier Foundation (EFF) said that the law gives the government the ability to shoot drones out of the sky with no oversight or due process.

"If lawmakers want to give the government the power to hack or destroy private drones, then Congress and the public should have the opportunity to debate how best to provide adequate oversight and limit those powers to protect our right to use drones for journalism, activism, and recreation," the EFF said in a statement.

Electronic Privacy Information Center, said that the version passed by the House and Senate only requires a report on drone surveillance risks "but does not establish any baseline privacy safeguards".

In the UK, drone laws came into force earlier this year. While the UK government hasn't specified shooting drones out of the sky, it has plans to geo-fence locations around buildings and sensitive areas to prevent drones from entering certain locations such as airports and prisons.