Google Plus to shut down after massive data leak 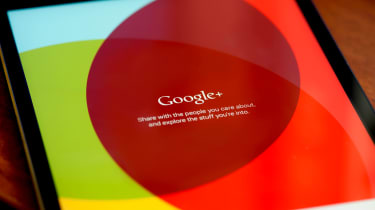 Google is shutting down Google Plus after it not only failed to gain traction with people happier with the likes of Facebook and Twitter, but also because it discovered a massive data leak affecting up to half a million users.

In a blog post, Google said that after a major security review, dubbed Project Strobe, the social networking service would close. The review found a sizable flaw in Google Plus APIs that meant malicious apps could extract data such as the name, email address, occupation, gender, and age from a person's profile.

"It does not include any other data you may have posted or connected to Google+ or any other service, like Google+ posts, messages, Google account data, phone numbers or G Suite content," said Ben Smith, Google Fellow and vice president of engineering.

Smith said that "the Profiles of up to 500,000 Google+ accounts were potentially affected." However, Smith added that the API's log data is only kept for only two weeks and analysis showed that up to 438 applications may have used this API.

Google's Privacy & Data Protection Office reviewed this issue to look at the type of data involved to see if the firm could accurately identify the users to inform, whether there was any evidence of misuse, and whether there were any actions a developer or user could take in response, according to Smith.  "None of these thresholds were met in this instance," he said.

Smith said that despite Google's engineering teams putting in a lot of effort, "it has not achieved broad consumer or developer adoption, and has seen limited user interaction with apps. The consumer version of Google+ currently has low usage and engagement: 90 percent of Google+ user sessions are less than five seconds."

Google Plus will come to an end for consumers next August, but business users will still be able to use the service as an internal corporate social network.

The firm has also promised to institute new security rules, including limits around the types of use cases that are permitted to access consumer Gmail data.

Google will also remove access to contact interaction data from the Android Contacts API within the next few months. In addition, Google Account permissions dialog boxes will be spilt to show each requested permission, one at a time, within its own dialog box.