What is the dark web? 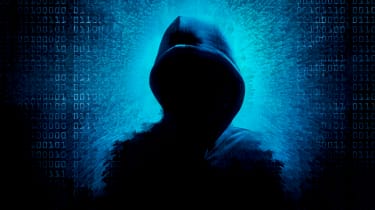 The portion of the internet that isn’t visible, not readily accessible using conventional methods of search, is commonly known as the dark web, and is just as ominous as its branding suggests. This hidden portion of the web can only be reached using a virtual private network (VPN), or a specific web browser such as The Onion Router (Tor).

Although there are platforms and sites positioned in the dark web that performs many normal and ordinary functions but with additional anonymity and privacy, the dark web has also developed a notorious reputation. This anonymity stretches to span the breadth of all activity, legitimate as well as illicit. As such, the dark web is used to organise illegal activity and trade in dangerous or prohibited goods, and is often used by individuals who wish to escape the gaze of law enforcement or watchful internet companies.

How does the dark web work?

This element of the internet is also part of the deep web, which is known as parts of the internet that aren’t indexed by search engines for many different reasons - ranging from supporting online banking mechanisms, to protecting criminal activity. Considering this, these portions of the internet can only be accessed through using a direct URL or specific IP address. Because of the nuance involved, the dark web and the deep web are often used as interchangeable concepts. While the deep web is broadly-speaking the grand total of non-indexed portions of the internet, which may include government databases and academic research as well as password-protected services, the dark web is generally far more sinister.

The dark web uses an overlay network that is positioned above the internet’s logical foundations but is formed of deliberately hidden platforms that heavily utilise encryption to stay hidden, and are difficult to find without specialist software.

These networks are either small friend-to-friend takes on peer-to-peer networks or larger private networks operated by public organisations or privacy-motivated individuals, with the idea of running websites out of sight of the authorities and ISPs.

If you really want to access some of the murkier parts of the web, you'll need a specialist browser. The most common dark web-accessing software is Tor, which not only encrypts the user's traffic but also passes their machine's IP address through a layer of Tor nodes referred to as 'onion layers.

These layers are proxy servers operated by thousands of volunteers across the globe and make identifying a user's IP address and tracking them across the dark web pretty much impossible.

Such routing means using Tor isn't exactly a speedy way to surf websites, and you'll need to know the site you want to go to rather than search for it, but it's secure and opens up a host of sites that would normally be hidden from view.

Alternative networks such as the 12P and Freenet also exist, but Tor is the most widely used.

Pretty much anything their operators want. As the dark web is out of sight from law enforcement and ISPs, a lot of illegal activity goes on there, from buying guns and drugs, to facilitating terror plots or ordering assassinations.

The dark web is essentially the murky underbelly of the web, but it also provides a place where whistleblowers can more securely talk to journalists without being snooped on by oppressive regimes or corrupt organisations.

It can also be a font of hard-to-find information not posted on mainstream websites or can act as a way for legitimate sites to offer their services with an extra degree of privacy. Facebook, for example, offers a dark web portal to its social network.

Is the dark web a haven for cyber criminals?

Not entirely. It can and does serve a purpose when it comes to helping whistleblowers remain safe and anonymous online. And hidden IP addresses make it more difficult for malware to sneak off sites and infect computers, although there are plenty of services that mask and hide IP addresses on the normal web.

But the dark web does facilitate the activities of hackers and cyber crooks, can be rife with scammers, and is full of illegal content that can be easily accessed.

So if you're going to browse its collection of sites, do so with caution if you wish to remain on the right side of the law. Surfing the dark web is certainly not something you should be doing at work or in a public place full of people happy to sneak a peek at your screen.