The UK will face a category one attack in the future

The NCSC's boss says the UK has yet to see a major state-sponsored cyber attack, but it is coming 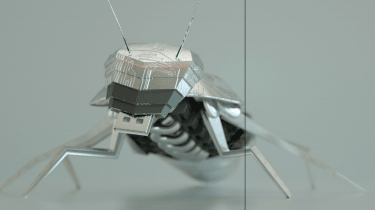 The National Cyber Security Centre (NCSC) has been thwarting more than 10 cyber threats per day, on average, according to its annual review, but it's still warning that something bigger is looming.

Despite preventing over 1,000 cyber attacks in its two-year history, the NCSC's CEO Ciaran Martin said that the UK will face a real test of its security infrastructure soon enough.

"Although the UK is making significant progress in improving our cybersecurity, that does not mean that we are getting everything right, or that the threat is abating," Martin said.

"Proof of that, if it were needed, is that in the two years of our existence the NCSC has dealt with well over 1,000 cyber security incidents.

"The majority of these incidents were, we believe, perpetrated from within nation states in some way hostile to the UK. They were undertaken by groups of computer hackers directed, sponsored or tolerated by the governments of those countries."

These groups constitute the most acute and direct cyber threat to the UK's national security, according to Martin.

"I remain in little doubt we will be tested to the full, as a centre, and as a nation, by a major incident at some point in the years ahead, what we would call a Category 1 attack."

A category one attack is the most serious of six-levels of cyber attack classification, which is defined as an attack that causes sustained disruption of essential services or affects national security to the extent that it results in severe economic or social consequences or even loss of life. A category one attack is the only classification ministers and cabinet members must be strategically involved in.

According to the NCSC, there have been several very significant incidents, but the UK has avoided a Category one. However, some of its foremost international partners have not. A known example of a category one incident is the alleged assault on the US national elections in 2016 by Russian state-sponsored agents.

Earlier this year the NCSC published evidence of Russian pre-positioning on some of the UK's critical sectors, along with detailed technical guidance for business, but according to Martin, it's not just Russia the UK needs to worry about.

"These attacks have come from a range of states, as well as many non-state sources. There is much, much more to the cybersecurity threat to the UK than just Russia," he said.