The UK and the Netherlands to keep cyber security partnership alight 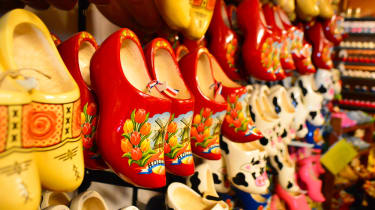 Theresa May will welcome the King and Queen of the Netherlands to Downing Street to thank the Dutch for their help exposing global cyber-attacks conducted by Russia's GRU.

At the start of October, the Netherlands along with the UK and US joined together to highlight a campaign of cyber-attacks on political institutions perpetrated by Russian state-sponsored groups, such as Fancy Bear - a known alias of the GRU, Russia's intelligence agency.

Previously at the October Council, May argued alongside the Dutch Prime Minister Rutte that the two countries should accelerate work on further measures, including sanctions, to respond to and deter cyber-attacks.

During a working lunch on Wednesday, the PM will acknowledge that the UK's defence and security cooperation with The Netherlands is increasing in strength, despite the country continuing to negotiate a post-Brexit security partnership with the EU.

As part of the announcement, a Dutch warship will sail alongside the Queen Elizabeth aircraft carrier in her first deployment in 2021.

"The Netherlands is one of our closest allies, as our recent work tackling cyber security threats demonstrates," the Prime Minister said. "As we leave the European Union, we will continue to stand side by side to defend against threats to the global rules-based system.

"As I welcome King Willem-Alexander and Queen Maxima today, I'm pleased to announce that the Dutch navy will be among the first nations to join the Carrier Strike Group as a sign of our ongoing cooperation."

Beyond security, the UK government also announced a commercial agreement with Holland at the 'UK Netherlands Innovation Showcase' event, which is being held as part of the Dutch State visit. The event will set out agreements between the UK and Dutch companies for closer collaboration in the FinTech, clean growth and digital sectors.

"The Department for International Trade has played a critical role in giving UK FinTechs the support they need to thrive in the UK and to create the strong foundations necessary to scale globally," said CEO of Azimo, Michael Kent.

"This includes making it easier for companies like us to set up in places like the Netherlands - they've created the blueprint for building a strong FinTech ecosystem that other nations follow."