Trition is the latest strand of malware to be attributed to Russia, as FireEye accuses a Moscow-based lab of cyber attacks 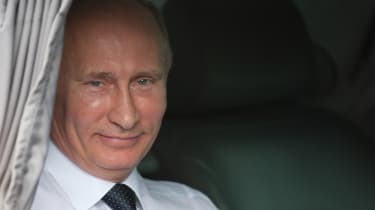 FireEye has said the malware, known as Triton, could have led to the Saudi petrochemical plant exploding and that the perpetrators were working for a laboratory run by the Russian government.

The cyber security firm explained that it could assess with "high confidence" that the deployment of Triton was supported by Russia's Central Scientific Research Institute of Chemistry and Mechanics (CHIIHM).

Its confidence is explained by the path it took to find the perpetrator, tracking them through IP addresses linked to the CNIIHM lab. That online behaviour and activity, according to FireEye, was "consistent with the Moscow time zone" where CHIIHM is located.

On Twitter, the security company's director of intelligence, John Hultquist, said: "FireEye has linked the Triton incident that inadvertently shutdown a plant when the actors were trying to disable safety systems to a Russian government institute."

FireEye admitted that it is possible for the attack to have been carried out by a rogue employee from the lab, but said that it was highly unlikely and that it's almost certainly a state-sponsored attack.

The Triton malware is particularly dangerous as it is specifically designed to infect industrial control systems and is a framework for manipulating them. Its intended purpose is to destabilise the safety systems and protection monitors so hackers can cause all kinds of damage undetected.

The attack on the plant ultimately proved unsuccessful as the failsafe it targeted caused the plant to shut down. The hackers left few clues initially and the attack was first thought to be the work of Iran, given that it was a Saudi Arabian target.

However, FireEye has pointed the finger at Russia, which has recently been linked to a number of high-profile global cyber attacks.

Earlier this month the UK, the US and the Netherlands accused Russia of attacks on global organisations under the guise of the GRU. These attacks include leaking WADA emails containing details of football players that had applied for drug exemptions, ransomware known as "Bad Rabbit" and hacking the US elections in 2016.