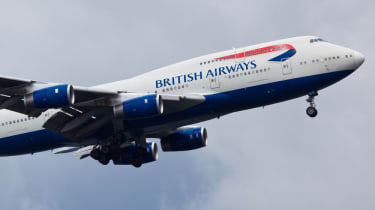 An internal investigation into British Airway's September data breach has uncovered a second, earlier hack on the company's website.

The investigation revealed that customers who made reward bookings - booking linked with Avios reward currency - with a payment card between April 21 and 28 July 2018 could potentially be at risk.

The airline said that hackers may have stolen additional personal data that it had not previously notified its customers about and that a further 185,000 more customers could have potentially had their data compromised.

"The investigation has shown the hackers may have stolen additional personal data and we are notifying the holders of 77,000 payment cards, not previously notified, that the name, billing address, email address, card payment information, including card number, expiry date and CVV have potentially been compromised, and a further 108,000 without CVV," a BA spokesman said.

"The potentially impacted customers were those only making reward bookings between April 21 and July 28, 2018, and who used a payment card."

Since the airline confirmed the attack 6 September 2018, it has been working with specialist cyber forensic investigators and the National Crime Agency to investigate the incident.

According to cybersecurity firm RiskIQ, the hack that took place in late August was just 22 lines of javascript, embedded into the companies website, but so far, the airline hasn't given any details of how this prequel hack was administered. It is yet another incident of cybercrime hitting the aviation industry with Air Canada and, more recently, Cathay Pacific, both reporting data breaches.

"In what is rapidly becoming a bad week for international travellers following news of the Cathay Pacific breach, the fact that British Airways have now announced that a further 185,000 passengers may have been affected by a breach over a three-month period brings to the fore questions on how the travel and hospitality industry is effectively securing their network and customer data," said Rusty Carter, VP of product management at cyber security company Arxan Technologies.

"While the gap in [BA's] security may have been plugged back in September, it is concerning that this incident, which went on for a considerably longer period of time than the previous two-weeks, has only now been uncovered as part of an ongoing investigation by the airline, cyber forensic investigators and the National Crime Agency."

BA said it was "very sorry" that criminal activity had occurred on its website and that it will reimburse any customers who have suffered financial losses as a direct result of the data theft.