A "small percentage" of its customers were affected by the breach, but the stolen data didn't include payment or stay information 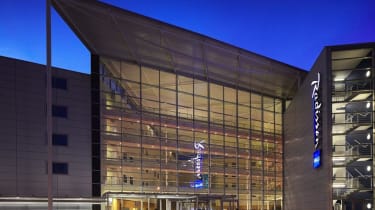 The Radisson Hotel Group is the latest major corporation to suffer a data breach, with the hotel company saying members of its Radisson Rewards scheme were targeted by hackers that managed to steal a "small percentage" of its members' data.

The company released a statement, saying no payment details, stay details or passwords were put at risk, but the information stolen did include member names and addresses, email addresses, company names, phone numbers, Radisson Rewards member numbers and any frequent flyer numbers.

"Upon identifying this issue Radisson Rewards immediately revoked access to the unauthorized person(s). All impacted member accounts have been secured and flagged to monitor for any potential unauthorized behavior," the statement on the company's website said.

The Radisson said the risk to accounts is low, but nonetheless, those who have been affected should monitor their accounts, just in case any unusual activity occurs. It explained the most likely use of the information is to launch a phishing attack, pretending to be the company and so members should be wary of any emails they receive claiming to be the Radisson Group.

Anyone thought to have had their data stolen has now been informed by email and has been advised to change any passwords related to their account. It stressed it would never ask for passwords or user information to be provided in an email.

"Radisson Rewards takes this incident very seriously and is conducting an ongoing extensive investigation into the incident to help prevent data privacy incidents from happening again in the future."