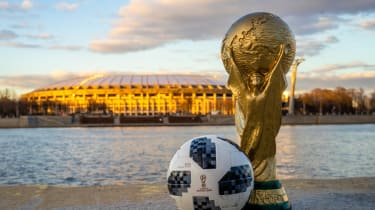 FIFA (Fdration Internationale de Football Association) has admitted it sustained a massive hack in March, with officials at UEFA also targeted by a suspected phishing campaign.

Officials from the governing body admitted the hack to journalists after a FIFA Council meeting last week hosted in Kigali, Rwanda, according to the New York Times.

President Gianni Infantino said that FIFA, as well as the European governing body UEFA, had been receiving a litany of queries from reporters regarding the contents of the internal documents that had been stolen.

A handful of media organisations are set to publish a set of stories based on leaks documents imminently, with the Football Leaks group having originally obtained the material.

Officials said they suspected UEFA staff were targeted by a phishing operation that duped them into revealing their password-protected login details. But the organisation has been unable to find any traces of a hack in its systems.

FIFA said it "condemns any attempts to compromise the confidentiality, integrity and availability of data in any organization using unlawful practices", in a statement to AP.

"Of course, we are concerned by the fact that some information has been obtained illegally," it continued. There has been no official word as to how much data was accessed or stolen by attackers, or what the leaked documents contained.

This is the second large-scale cyber attack FIFA has suffered in recent years, after the Russian-originating Fancy Bear hack in 2017 led to the publication of a list of footballers who were cleared of drug tests. This latest phishing attack is thought to be completely unrelated.

One leak revealed that 28 high-profile players including Argentinian striker Carlos Tevez and Germany's Mario Gomez had been granted exemptions to prohibited substances in order to treat legitimate conditions.

The world's footballing governing body has endured a rocky few years after being plagued by cyber issues as well as significant controversies based on allegations of high-level corruption, and the leakage of internal documents.

The FIFA World Cup 2018, hosted in Russia, was also targeted by a series of phishing campaigns, and by "cyber terrorists", who targeted both fans and officials.

Just as the competition reached its climax this summer Symantec revealed that Android device-owning supporters were being targeted by spyware in the form of a 'GoldenCup' app.

The threat of cyber attacks became so paramount that the UK's National Cyber Security Centre (NCSC) was tasked with briefing the England national football team to help them avoid being targeted by cyber criminals during the competition.

IT Pro approached FIFA for comment but did not get a response at the time of writing.