UPnProxy vulnerability could expose more than 45,000 routers to exploits linked to EternalBlue 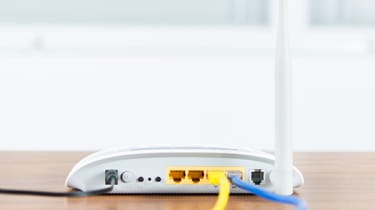 More than 45,000 routers could be open to exploits linked to EternalBlue, the malware developed by the US' National Security Agency (NSA).

According to a blog post by security researchers at Akamai, the UPnProxy exploit targets routers with vulnerable implementations of Universal Plug and Play to force connected devices to open ports 139 and 445. This allows the obfuscation and routing of malicious traffic to launch denial of service attacks and spread malware to other devices. This exploit in routers has led to around two million networked devices, such as laptops and smartphones, being open to attack.

"While it is unfortunate to see UPnProxy being actively leveraged to attack systems previously shielded behind the NAT, it was bound to happen eventually," said Chad Seaman, one of the authors of the report.

The attack relies on two exploits, EternalBlue, a backdoor developed by the NSA to target Windows computers; and its "sibling" exploit EternalRed, used to backdoor Linux devices.

UPnProxy modifies port mapping on a vulnerable router while the Eternal exploits target ports used by SMBs on endpoint devices. Akamai has dubbed the new attack as "EternalSilence".

Tens of thousands of routers have so far been affected, with millions more in the sights of attackers.

"The goal here isn't a targeted attack. It's an attempt at leveraging tried and true off the shelf exploits, casting a wide net into a relatively small pond, in the hopes of scooping up a pool of previously inaccessible devices," said Seaman.

"This shotgun approach may be working too, because there is a decent possibility that machines unaffected by the first round of EternalBlue and EternalRed attacks (that may have remained unpatched) were safe only because they weren't exposed directly to the internet. They were in a relatively safe harbor living behind the NAT."

While fixes for EternalBlue and EternalRed have been available over a year, millions of devices still remain unpatched and open to attack.

"Administrators looking to try and gain an edge can scan themselves and see if they're exposed to these vulnerabilities, including scanning their UPnP NAT table to look for oddities. Lastly, perhaps investments into new routers and ensuring their configuration disables UPnP is a better long-term solution," said Seaman.