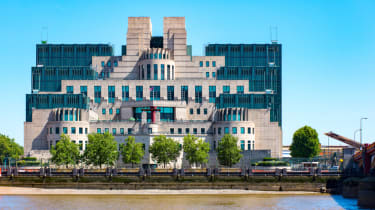 The Chief of the Secret Intelligence Service (SIS), Alex Younger, has expressed concern over China's involvement in the UK's technology infrastructure.

In a rare speech, the head of MI6 said the UK needs to decide how comfortable it is "with Chinese ownership of these technologies".

It's only the second public talk Younger has given during his four years in charge at MI6 and was made during his return to St. Andrew's University, where he had previously studied.

The main reason for the speech was to inspire students to consider a career with the British secret service. As part of his talk, Younger spoke about his journey from the university to becoming a spy to being made the chief of MI6 and the "hybrid threat" the UK deals with.

In what could be an extract from a James Bond film, Younger spoke about his first mission with the organisation in the mid-90s, penetrating an organisation which was "intent on genocide" in the Western Balkans. Younger acknowledged that operations were largely conducted by individuals in those days, as the story of his first mission suggested.

"We now operate dynamic teams that draw on skills and knowledge across the whole of SIS: bringing together the formidable talents of our agent recruiters and runners, our analysts, our subject matter experts, our linguists, our data scientists and our technical and engineering officers - known to the public as Q branch," he said.

"Alongside our core mission of revealing the intentions of adversaries and giving the UK government strategic advantage overseas, our task now is to master covert action in the data age."

Younger said that the world was in the early stages of a fourth industrial revolution that will "further blur the lines between the physical, the digital and biological realms". He cited technology such as bulk data, modern analytics and machine learning as being a golden opportunity for society at large, including for MI6 as an organisation, but the opportunity could be exploited.

"I have also witnessed the damage new technologies can do in the hands of a skilled opponent unrestrained by any notion of law or morality, as well as the potentially existential challenge the data age poses to the traditional operating methods of a secret intelligence agency," he said.

"We and our allies face a battle to make sure technology works to our advantage, not to that of our opponents. Liberal democracies should approach this with confidence, as the originators of this technology."

Younger was asked about the role of China in building new 5G communications networks after concerns were raised that the country's infrastructure could open the way for some kind of espionage or even sabotage.

New Zealand recently announced it would not allow Chinese firm Huawei to be involved in the country's tech landscape, which falls in line with the US, who has allegedly asked allies to ditch the Chinese telecoms giant.

Huawei has been involved in previous UK communications infrastructure projects, which Younger expressed some concern about.

"We have got some decisions to take here," he said. "We need to decide the extent to which we are going to be comfortable with Chinese ownership of these technologies and these platforms in an environment where some of our allies have taken a quite definite position.

"We need to have a conversation. It's not wholly straightforward."