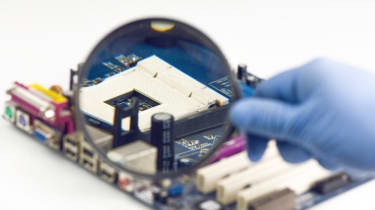 Hardware manufacturer Supermicro has released the findings of an audit showing no evidence that malicious chips have been inserted into its widely-used motherboards.

Concerns were sparked after a Bloomberg report in October alleged Chinese operatives had been conducting covert surveillance on major firms such as Apple and Amazon by inserting spy chips' onto Supermicro's motherboards.

But the firm has now shared the results of a "thorough investigation" of its hardware conducted via a third-party investigations firm and has concluded its chips have not been infiltrated by any threat actors.

"After thorough examination and a range of functional tests, the investigations firm found absolutely no evidence of malicious hardware on our motherboards," Supermicro's president and CEO Charles Liang said in a letter to customers.

"These findings were no surprise to us. As we have stated repeatedly, our process is designed to protect the integrity and reliability of our products."

After the allegations first emerged, both the US Department for Homeland Security (DHS) and the UK's National Cyber Security Centre (NCSC) backed up Supermicro's statements, each suggesting there were no reasons to doubt the denials.

But the statements came after no official investigation had taken place, with the findings of the newly published security audit, conducted by a third-party company, the only examination of Supermicro's hardware since the reports emerged.

"As we have stated repeatedly since these allegations were reported, no government agency has ever informed us that it has found malicious hardware on our products," Laing continued.

"Today's announcement should lay to rest the unwarranted accusations made about Supermicro's motherboards. We know that many of you are also addressing these issues with your own customers."

The investigations firm tested a representative sample of Supermicro's motherboards, including the specific motherboard Bloomerberg referenced in its initial report, motherboards bought by companies referenced in the article, and more recently manufactured hardware.

Supermicro has also said there is a range of safeguards in place to ensure it's difficult as possible to release motherboards that have been tampered with or infiltrated by threat actors, Chinese or otherwise.