Users warned to guard against unsolicited job adverts via email 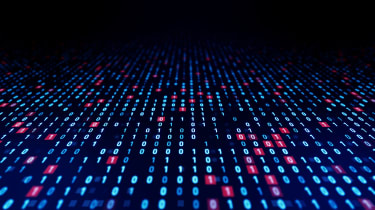 A publicly-exposed cache of 66 million records has been found in the wild containing employment information such as career history, and skills.

Researchers have stumbled on a "treasure trove" of 66,147,856 unique records across three large databases, including a MongoDB database, that contained a wealth of scraped business-centric information.

The exposed records include full names, personal or professional emails, location details, skills, and work histories; all information that would typically be found on a LinkedIn profile.

Malwarebytes' lead malware intelligence analyst, Christopher Boyd, said that such databases will typically be used to power large-scale phishing campaigns, although there's no way of knowing if the information is being exploited in the wild.

"It could also prove useful to anyone wanting a ready-made marketing list. The big problem is that even if the ones doing the data scraping had no harmful intentions, that may not apply to anybody finding the treasure trove.

"Given how this information was stumbled upon in the first place, there's no real way to know how many bad actors got their hands on it first."

This data-scraping incident is also connected with a host of complaints by many LinkedIn and GitHub users that they have been receiving breach notifications lately, Boyd added. The users affected can also expect to be targeted with phishing attacks alongside a string of fake job offers and "poor quality" job offer spam.

Data scraping, the method which the data was obtained, is considered a grey area legally-speaking, given it does not involve hacking, or breaching an organisation's defences. Rather, the data is very efficiently gathered by threat actors from information that users themselves choose to make publicly available.

But HackenProof, which first discovered the three exposed databases, argues data scraping "without first obtaining the prior individual's written consent" is illegal, especially in light of the European Union's General Data Protection Regulation. But the platform conceded this can vary from case to case depending on how the extracted data is used.

HackenProof also suggested several steps employees and bosses can take to minimise the chances their personal information isn't reaped in such a way in future.

These include only providing the bare minimum data when creating online profiles, using different email addresses for bank accounts versus social media, and assessing whether personal data volunteered may potentially be used in a malicious way.