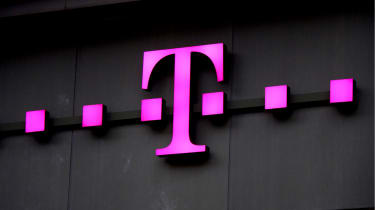 Deutsche Telekom has said it will be reviewing its vendor strategy amid growing unease in allied countries over the use of Chinese networking suppliers, according to a statement on Friday.

Concerns around Huawei, in particular, have led to calls for companies to boycott suppliers over fears that they have close ties with the Chinese government, presenting opportunities for security 'back doors' in national infrastructure in the west.

This suspected relationship with the Chinese government has prompted some US allies to exclude Huawei products for national security reasons, and now Europe's biggest telecommunications company could soon follow suit. Huawei has denied any such relationship.

"Deutsche Telekom takes the global discussion about the security of network elements from Chinese manufacturers very seriously," a DT spokesperson told IT Pro. "Already today we are pursuing a multi-vendor strategy for the network elements used [but] nevertheless we are currently reevaluating our procurement strategy."

The stance is notable considering the German telecoms firm had until now been willing to accept bids from any and all parties for the development of its 5G infrastructure.

US officials have briefed allied states recently about their beliefs behind Huawei's relationship with China. It claims the tech company will do the bidding of the Chinese government and that its network equipment may have backdoors which could open up countries to cyber attacks.

The US took a similar stance against Russian-based cyber security firm Kaspersky and its suspected state ties, going so far as to ban the use of any Kaspersky software within government departments. Again, Kaspersky has always denied any such involvement, however, other countries, including the UK, have since issued similar warnings against the Russian company.

A report by the National Cyber Security Centre, published in July this year, raised similar national security concerns about the use of Huawei technology in UK infrastructure, however, this was due to a failure to make sufficient engineering changes to its base code in order to comply with UK standards.

Since then, BT has taken the step to remove Huawei's tech from its 4G infrastructure, and has blocked the company from any future bidding processes.

On Thursday, MPs on the Foreign Affairs Select Committee urged British universities to exercise "extreme caution" when accepting money from Huawei which pledged to invest 6m in into UK universities such as Oxbridge, Manchester and York. Further money is said to be going into a 5G innovation centre at the University of Surrey too, according to a Telegraph report.

Chris Bryant, Labour MP and Select Committee member said that "day by day we see more evidence that Chinese companies like Huawei are breaking all the rules and undermining British security.

"We should be extremely cautious about any engagement with them and British politicians should be as robust as other international allies in calling out this kind of insidious attack on our security."