US firms told to be on guard against Chinese IP theft 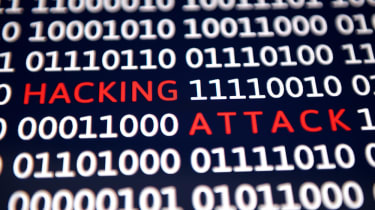 US-based companies have been warned by the government to protect themselves against hackers - particularly those originating from China after a spate of attacks on big businesses including HPE and IBM.

The National Counter-Intelligence and Security Center has been contacting security personnel within firms to beef up security on any trade secrets and other confidential intel to ensure if they are hacked criminals can't access sensitive information.

National Counter-Intelligence and Security Center boss William Evanina said businesses should "know the intent of our adversaries and what they are trying to do economically to gain the upper hand. We are not saying don't invest in China or with China, but know the risk."

The security organisation has created a range of materials to support its campaign to knuckle down on attacks, including brochures detailing the types of attacks criminals are likely to launch (such as using fake social media accounts) and how to protect information. Some of the suggestions are to research apps before downloading them to make sure they're legitimate.

The National Counter-Intelligence and Security Center revealed there were nine high-profile attacks between July 2018 and December 2018 and at least two of these were traced back to China's main spy agency.

Russia also presents a pretty big risk to businesses and Evanina referenced evidence that the state had tried to infiltrate the country's power grids and communications, financial and transportation systems.