Operating out of Cyprus, this hacker-for-hire knocked the entire country's internet offline - thought to be world first 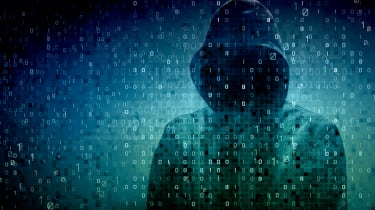 A British cyber criminal hired by a Liberian telco has been jailed for 32 months in the UK for unleashing targeted DDoS attacks against another rival telco in 2016.

Being paid a monthly retainer by Cellcom, Daniel Kaye used a Mirai botnet which harnessed unsecured webcams to inundate Lonestar, the rival telco, with unsustainable levels of traffic which at its peak, caused the entire country's internet to go down.

Legal or not, it was definitely effective. Lonestar claimed its inability to provide service to its customers resulted in the loss of tens of millions of dollars as customers left the network. The telco also spent a further $600,000 in remedial action to prevent further attacks.

Kaye also hacked Deutsche Telekom's infrastructure to transmit some of the traffic to Lodestar.

After his spell in Cyprus where hs was based during his freelance Liberian attacks, Kaye returned to the UK in February 2017 and was arrested carrying $10,000 on his person, a sum which was part of the payments he received from Cellcom.

The National Crime Agency by this time had already linked him to the unsuccessful attack on three British banks - Lloyds, Barclays and Halifax - in January 2017 but Kaye claims he loaned out the botnet on the dark web during this time. These charges were later formally dropped.

Germany wanted Kaye extradited to face punishment there for hacking and misusing its infrastructure but instead, he faced the stronger charges for his crimes in Africa.

Kaye was tried and sentenced in the UK because British law (Computer Misuse Act 1990) allows a cyber criminal to prosecuted for an offence anywhere in the world.

Kaye is believed to be the first cyber criminal to bring down an entire nation's internet and as a result, "a substantial number of Lonestar's customers switched to competitors", said Babatunde Osho, Lonestar's former chief executive in written submissions to the court.

"Daniel Kaye was operating as a highly skilled and capable hacker-for-hire," said Mike Hulett, head of operations at the National Cyber Crime Unit. "His activities inflicted substantial damage on numerous businesses in countries around the world, demonstrating the borderless nature of cyber crime.

"The fact that he was caught and brought to justice shows some of the value of continued cooperation with our European counterparts in tackling cybercrime on a cross-border basis," said Paul McKay, senior analyst at Forrester. It is a rare example of a successful prosecution of a cybercriminal in an area where criminal attribution and bringing individuals to court to face prosecution is notoriously difficult."

Kaye was unsuccessful in the UK, but the botnet was so effective in Africa because Liberia's internet at the time was only provided only by a few telcos, relying on limited Atlantic cable which isn't as secure as modern European internet as traffic can reach users through more routes.

According to investigators, Liberia's internet was repeatedly downed between November 3 and November 4 2016 disrupting not just Lonestar but organisations and ordinary users up and down the state.