Chinese authorities say the US wants to block its tech companies 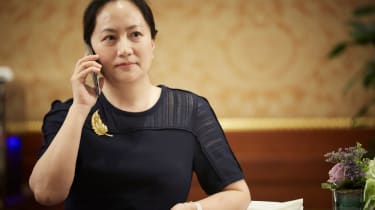 The Chinese government has hit back at reports that the US Department of Justice (DoJ) is to pursue an investigation into Chinese telecoms giant Huawei for allegedly stealing trade secrets.

The investigation is to revolve around the theft of trade secrets related to a robotic device called 'Tappy", which T-Mobile developed to test smartphones, according to the Wall Street Journal.

The Chinese government, however, has hit back, accusing the US of trying to suppress its high-tech companies.

"The real intent of the United States is to employ its state apparatus in every conceivable way to suppress and block out China's high-tech companies," said Hua Chunying, a spokeswoman for the ministry of foreign affairs, at a regular news briefing on Thursday.

In its reports, the WSJ cited anonymous sources claiming that the DoJ is in "advanced" stages of a criminal inquiry which could result in an indictment of Huawei.

The inquiry will look at a civil case against Huawei, filed in Seattle District Court by T-Mobile in 2014. The Chinese firm was accused of stealing T-Mobile's proprietary technology and of abusing its relationship as a handset supplier for T-Mobile to obtain access to Tappy. It was claimed that Huawei copied the robots specifications and stole parts, software and other trade secrets.

T-Mobile claimed that Huawei employees stole the trade secrets under the direction of Huawei's corporate research and development teams based in China. The telecoms company denied the accusations, but after a lengthy legal battle, a federal jury awarded T-Mobile $4.8 million in 2017.

This is now the focus of a criminal case being pursued by the DoJ that comes in the midst of growing scrutiny on Huawei and it's operations. Huawei didn't comment on the DoJ investigation directly.

"Huawei and T-Mobile settled their disputes in 2017 following a US jury verdict finding neither damage, unjust enrichment nor willful and malicious conduct by Huawei in T-Mobile's trade secret claim," a spokesperson told the Guardian.

Ilia Kolochenko, CEO of web security company High-Tech Bridge believes that this new criminal case will need to find stronger evidence to prove Huawei guilty of any kind of espionage.

"The burden of proof in a criminal case is very high and therefore will require federal prosecutors to present solid evidence," she said. "Nation-state hacking groups are pretty sophisticated, and frequently they have enough technical skills and financial resources to make any forensics and attack attribution impossible."

Huawei's ongoing trouble with the US has spread to other countries, such as the UK and Canada. On the 1 December 2018, the company's CFO Meng Wanzhou was arrested in Vancouver at the request of US authorities for allegedly misleading banks on the relationship Huawei has with Iran. Wanzhou is the daughter of Huawei's CEO Ren Zhengfei.