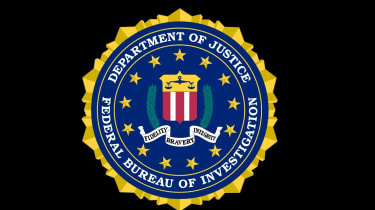 A server that made its way into the public domain has revealed information about a whole host of FBI investigations from the last ten years.

The server, which once belonged to the State of Oklahoma, was storing 3TB worth of data about investigations it was working on with the FBI. The entire device was unsecured, according to reports, potentially exposing confidential data to the masses.

This mammoth data leak was uncovered by security firm Upguard, which reported the server had no security to protect the information from prying eyes.

As well as data about dealings with the FBI, the server also contained social security numbers, names, and addresses of 10,000 brokers, plus information needed to access remote desktops of government workers.

Other information found on the device included copies of communications with the Oklahoma Securities Commission and confidential personal information about AIDS patients residing in the state.

A press announcement was made to the public detailing the breach, saying the Oklahoma Department of Securities (ODS) had launched an extensive review into the leak, saying it was revealed following the installation of a firewall.

"An accidental vulnerability of limited duration to a server containing archived data was discovered and immediately secured," the statement said.

"The ODS has notified law enforcement and OMES regarding the incident. A forensic team is currently conducting an analysis to determine the type and number of data files that may have been exposed and who may have accessed them."

Upguard said that as soon as it discovered the security hole, it advised the ODS and the vulnerability was closed.

Oklahoma state officials are now communicating with individuals that may have been affected by the potential breach.

"The ODS is reviewing internal procedures, controls and security measures to ensure such incidents cannot occur in the future," the statement continued.