Critical remote code execution flaws are the highest-paid, while denial-of-service attacks earn nothing 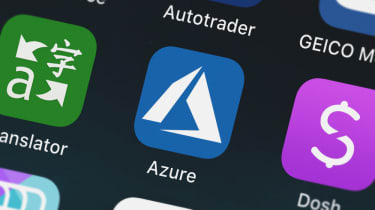 Security researchers who discover flaws in Microsoft's Azure DevOps platform could earn themselves up to $20,000, after the company announced its latest bug bounty programme.

"Security has always been a passion of mine," said Microsoft's director of engineering for Azure DevOps, Buck Hodges, "and I see this program as a natural complement to our existing security framework. We'll continue to employ careful code reviews and examine the security of our infrastructure. We'll still run our security scanning and monitoring tools. And we'll keep assembling a red team on a regular basis to attack our own systems to identify weaknesses."

Rewards range from $500 all the way up to $20,000 at the top end, with payouts affected by a number of different factors. The quality of the report itself (meaning how easy the report makes it for Microsoft's engineers to understand, reproduce and fix the problem) is graded as either high, medium or low, with different bounties for each.

Different levels of compensation are also awarded based on the severity of the bug, but only 'critical' or 'important' bugs will qualify for a reward - disclosures of any other category of bug will merely earn a public acknowledgement from Microsoft, should the report lead to a fix.

Finally, the impact of the bug itself will be taken into consideration too. Remote code execution flaws are, understandably, the most valuable, followed by privilege escalation and information leaking, while tampering flaws are eligible only for a limited payout, and denial of service vulnerabilities are not rewarded at all.

Bug bounties are becoming an increasingly common security measure among large companies, with the idea being to make it more valuable to responsibly disclose the flaw to the victim than to exploit it for personal gain.

Major organisations like Facebook, Apple, and Google all offer their own bug bounty programmes, and the practice is touted as a good way to ensure that fewer flaws and exploits appear in the wild.