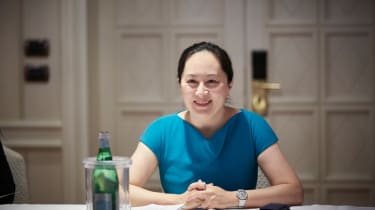 The chairman of Chinese tech firm Huawei has warned that the company could take its technology away from Western countries if it continues to face restrictions.

These restrictions have come thick and fast over the past year with many Western governments, seemingly led by the US, suggesting the company's products could be used for spying by the Chinese government.

Speaking at the World Economic Forum, in Davos, chairman Liang Hua said that the company would focus on the customers who wanted it.

"We would transfer the technology partnership to countries where we are welcomed and where we can have collaboration with," he said, according to the BBC. "We offer better services to our customers on 5G. It is the customers' choice if they don't choose Huawei and we will focus our efforts on those customers who do choose us."

There has been a growing concern with Huawei's technology, due to perceived links with the Chinese government. Countries such as the UK and German have all made noises to block or warn about using its technologies, mostly its 5G infrastructure. This has also included a company executive being arrested in Poland for allegedly spying.

At the start of December, the company's chief financial officer Meng Wanzhou was detained in Canada for allegedly using a Huawei subsidiary called Skycom to evade US sanctions on Iran between 2009 and 2014. Both she and Huawei deny this and Wanzhou has been released on bail.

However, US Department of Justice (DoJ) have confirmed it plans to pursue the extradition of the CFO and file a formal request with the Canadian government. The agency has 60 days to file the formal demand, a deadline set for 30 January.

"We will continue to pursue the extradition of defendant Ms. Meng Wanzhou, and will meet all deadlines set by the US-Canada Extradition Treaty," said Marc Raimondi, a DoJ spokesman, in a statement to the New York Times. "We greatly appreciate Canada's continuing support in our mutual efforts to enforce the rule of law."

Wanzhou's on-going case has led to rising diplomatic tension between Canada and China which the former seeking international support. On Monday, 140 academics and diplomats sent an open letter to the Chinese president Xi Jinping pleading for the release of two Canadians suspected of spying. Michael Kovrig and Michael Spavor were both detained in China shortly after Wanzhou's arrest in December.