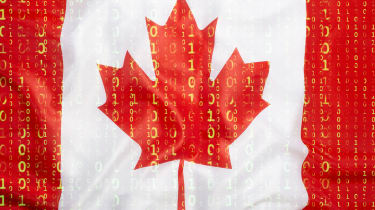 Wanzhou was arrested in Canada and faces extradition to the US over allegations of Huawei violating US sanctions against Iran.

Currently, Wanzhou is on bail but the US is still attempting to have her extradited in order to face charges in the US.

McCullum has a few things to say about this situation noting that Meng has some strong arguments to fight against extradition, reported CBC.

"One, political involvement by comments from Donald Trump in her case. Two, there's an extraterritorial aspect to her case, and three, there's the issue of Iran sanctions which are involved in her case, and Canada does not sign on to these Iran sanctions. So I think she has some strong arguments that she can make before a judge," said McCullum.

"I know this has angered China, but we have a system of extradition treaty, a system of rules of law, which are above the government. The government cannot change these things, and as I said, I think Ms. Meng has quite a strong case."

Stressing that there's no involvement between Wanzhou and the Canadian federal government, McCullum noted that a judge will have to make the final extradition decision.

But McCullum's comments would suggest that the arrest of Wanzhou was politically motivated, something Trudeau has not comment on directly.

Trudeau appeared to have been unimpressed with McCullum's comments, given Canadian politicians have stayed out of the spat between the US and Huawei.

"Last night I asked for and accepted John McCallum's resignation as Canada's Ambassador to China," said Trudeau. "Effective immediately and in keeping with standard practice, Jim Nickel, the Deputy Head of Mission at the Embassy of Canada in Beijing, will represent Canada in China as Charg d'affaires."

The whole situation highlights the tensions and divisive opinions on Huawei's relationship with the west.

Some nations like the UK have warned of the risk Huawei poses to Western cyber security, while Huawei has hit back noting it will provide technology to nations where it feels it's welcome.