New report suggests that a worldwide attack could hit more than 600,000 businesses 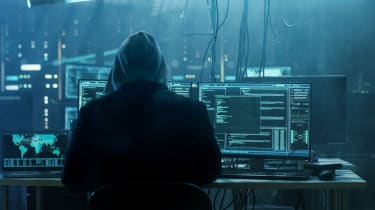 A global ransomware attack could cost $193 billion and affect more than 600,000 businesses worldwide, according to a new report.

The report is called 'Bashe Attack: Global infection by contagious malware' and has been compiled by a Singapore-based public-private initiative called Cyber Risk Management. Lloyds of London is one of the initiatives founding members and posted the findings on its website.

It involves a scenario where an attack is launched through an infected email. Once opened it's forwarded to all contacts and within 24 hours all the data on 30 million devices worldwide is encrypted. This would result in companies worldwide being forced to pay ransom to decrypt their data or to replace infected devices.

According to the report, a ransomware attack on this scale would cause substantial economic damage to a wide range of business sectors through reduced productivity and consumption, IT clean-up costs, ransom payments and supply chain disruption.

It estimates that retail and healthcare would be most affected $25 billion each, followed by manufacturing, at $24 billion. The US would be hardest hit with a potential $89 billion cost, whereas Europe could lose $76 billion. Despite the high cost to business, the report shows the global economy is underprepared for such an attack with 86% of the total economic cost uninsured - leaving an insurance gap of $166 billion.

"This report shows the increasing risk to businesses from cyber attacks as the global economy becomes more interconnected and reliant on technology," said Dr Trevor Maynard, head of innovation at Lloyd's.

"Companies must ensure they are better prepared for ransomware attacks, and that includes working with insurers to reduce the risks before they are attacked and ensure they have the right insurance cover in place to respond after the event. The reality for business is it's not if you get attacked but when."

Claiming from insurance companies for ransomware attacks isn't always straightforward. Early this month, US food distributor, Mondelez, which owns Oreo and Cadbury, began legal action against its insurer, Zurich for not paying out over the NotPetya cyber attacks that took place in 2017.

Mondelez originally made claims for the cost of these damages on its property insurance policy, taken out with Zurich. The policy suggested it was covered for physical loss or damage to electronic data, software and physical damage caused by the malicious code or instruction.

The documents claim that Zurich initially promised to pay a $10 million interim payment but later refused, citing an exclusion in the policy for "a hostile or warlike action" by a nation state or people acting on its behalf.