Kwik Fit hit by malware, knocking out IT systems 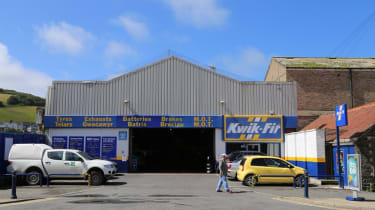 Car repair chain Kwik Fit's IT systems have been down since Saturday after the company's IT systems were hit with malware.

The company first notified customers of the issue while responding to complaints on Twitter. A number of customers complained that they couldn't reach the service because the phone lines were not working.

We are currently experiencing technical difficulties and our systems are offline. However, this is being investigated as a matter of urgency and we are working to fix this ASAP. Please bare with us. - JW

"We are currently experiencing technical difficulties and our systems are offline," the company tweeted. "However, this is being investigated as a matter of urgency and we are working to fix this ASAP. Please bear with us."

This became a long thread of complaints and despite tweeting that the situation had been resolved, more and more customers continued to report problems.

One customer, called Bryan Mez suggested it was a ransomware case. He tweeted the BBC: "Went for an MOT at Kwikfit and apparently their systems have been hacked and someone is trying to obtain money from the company. Could be a GDPR data breach. Have you heard anything about it?"

@BBCWatchdog @BBCNews went for an MOT at kwikfit and apparently their systems have been hacked and someone is trying to obtain money from the company. Could be a GDPR data breach. Have you heard anything about it?

The problems carried on into the week and the company did confirm that a virus had infected its IT systems. But there was no explanation of what the virus was.

"We first experienced some issues with a virus in our IT network during the weekend," a spokeswoman told the BBC. "This affected a number of our systems but in the interest of ongoing security, we can't confirm the source of the problem.

"We have been working to get our operational systems back up and running normally and while there is still some disruption, our centres are open as usual."

The source of the malware hasn't been disclosed as the company said it couldn't say anything else for "security reasons" but it did say that it didn't believe its customer's records had been affected.

"We can reassure customers that we do not store any of their financial information and currently have no reason to believe that any customer data was compromised," the spokeswoman added.

Malware is a major headache for both large and small businesses and as the KwikFit incident show, it's not just an IT company problem. It can make its way onto any connected device like phones, laptops and even wearables. Once it has infiltrated a network it can quickly spread and this is what causes a big problem in businesses.