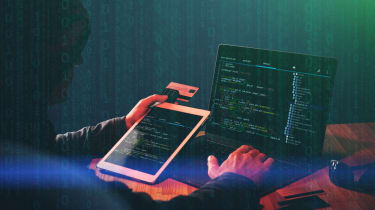 The Signalling Systems No. 7 (SS7) protocol is used by telecom firms to coordinate how texts and calls are routed around the world. But according to Motherboard, hackers are more actively exploiting SS7, and intercepting 2FA text messages to gain access to bank accounts such as those with the UK's Metro Bank.

The attack mechanism is highly sophisticated, and was therefore once thought of as beyond the technical capabilities of conventional cyber criminals.

But the UK's national cyber arm the National Cyber Security Centre (NCSC), among others, now understand that the SS7 flaw is being exploited on a rising scale.

"We are aware of a known telecommunications vulnerability being exploited to target bank accounts by intercepting SMS text messages used as 2-Factor Authentication (2FA)," an NCSC spokesperson told IT Pro.

"While text messages are not the most secure type of two-factor authentication, they still offer a huge advantage over not using any 2FA at all.

"Customers should be vigilant against suspicious activity on their bank accounts and credit cards. Any concerns about fraud or lost data should be referred to their financial provider or Action Fraud."

The vulnerabilities with SS7 are well-known and documented, with Adaptive Mobile in 2015 learning that this security flaw could cause widespread fraud and mass surveillance attacks on mobile device users.

Almost every network around the world uses SS7, according to the mobile security firm, and governments are even able to take advantage of the flaw to listen-in to confidential conversations.

The hackers were able to exploit SS7 to divert the text messages the banks sent to customers to phones instead controlled by the attackers themselves. These codes were then used to authorise bank transfers from the hijacked accounts into those that they owned.

"At Metro Bank we take our customers' security extremely seriously and have a comprehensive range of safeguards in place to help protect them against fraud.

"We have supported telecommunication companies and law enforcement authorities with an industry-wide investigation and understand that steps have been taken to resolve the issue," a Metro Bank spokesperson told Motherboard.