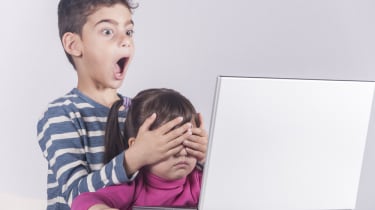 Today marks 'Safer Internet Day' - a day designed to highlight the growing reliance on the internet, but more importantly, how to stay safe online.

To mark the occasion, a report from the UK Safer Internet Centre has revealed that 70% of young people rely on the internet to help them understand what's happening in the world.

The research highlights the effects of an increasingly digitised world on young people. With the average teenager sharing content at all hours of the day, 65% say they would feel disconnected from the world if they couldn't be online.

Some 60% of young people only know about certain issues or news because of the internet, with 70% saying they use it to make sense of the world around them.

This is partly due to the ease with which the internet can be accessed, thanks to smartphones, but crucially, young people are also using the internet as a safe space to learn about topics they're too nervous to ask about. Just over two-thirds (67%) said it was easier to learn about these topics over the internet, with 46% saying it helped them through a difficult time.

Navigating the web, and the many ways it can be accessed and used also involves the complexity of asking and giving permission before sharing content. Despite 84% believing everyone has a responsibility to respect others, only 48% admitted they believed their peers thought the same before posting. A staggering 36% of young people shared screenshots of other people's photos, comments or messages at least weekly.

"Our research shows that without clear guidance for navigating the complexities of online consent, the gap between young people's attitudes and behaviours is striking," said Will Gardner, director of the UK Safer Internet Centre.

"Safer Internet Day provides a unique opportunity to address this gap, by listening to young people's experiences, leading by example, and encouraging conversations about our online lives.

The research comes as more than 2,000 supporters in the UK, including government ministers, Premier League football clubs, industry bodies, celebrities, charities, schools and police services join together with young people, to inspire the UK to ignite conversations and host events that help promote the safe, responsible and positive use of digital technology for children and young people.