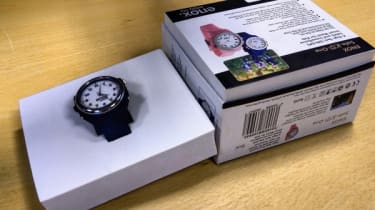 The European Commission has recalled the Enox Safe-Kid-One smartwatch after discovering the device leaves children open to a "serious" risk of being targeted by hackers.

A report by the EC explained that data could not only be stolen from the device, but also be manipulated and used to communicate directly with the child. As a result of its investigation, the commission has now requested the smartwatch is withdrawn from sale across the continent.

"A malicious user can send commands to any watch making it call another number of his choosing, can communicate with the child wearing the device or locate the child through GPS," it said.

However, the manufacturer has denied the existence of any security holes in the device and told the BBC that the watch had passed extensive safety tests carried out by German authorities. It said that the version the European Commission tested was no longer on sale, and that the recall advisory should be updated with the latest version information.

Enox founder Ole Anton Bieltvedt said it would be using the company's distribution company in Iceland to lodge an appeal to Iceland's consumer protection regulator, which was the body that initially raised a complaint with the European Commission.

"[We] have appealed to the authorities in charge with the demand that this test conclusion would be reversed," he said in a statement to the BBC.