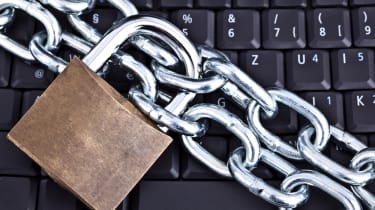 An alleged hacker has begun legal proceedings to seize back his computers that were taken more than five years ago when he was detained by police and accused of breaching US government systems.

Lauri Love, 34, will invoke the terms of the 1879 Police (Property) Act to attempt to recover four computers and an SD card seized in October 2013 by the National Crime Agency (NCA), according to the BBC.

Last year, Love won an appeal against being extradited to the US to answer charges of hacking into the FBI, US Central Bank and NASA among other government agencies, on the grounds this would be "oppressive".

Judges in the Royal Courts of Justice ruled his mental and physical condition was such that the extradition process could raise stress to the point it would exacerbate his eczema, and lead to a greater likelihood of suicide.

Now, more than a year later, Love is using the archaic legal statute to seek the return of his devices, also arguing in court yesterday that the Police and Criminal Evidence Act highlighted "the right to privacy and respect for private property". The NCA has also failed to respect these rights by taking his computer equipment, he said.

The National Crime Agency (NCA) said that a UK-based investigation into the alleged hacker was ongoing, while district judge Margot Coleman ruled that limited details of the case could be released into the public domain.

Love's extradition to the US was initially approved by a Westminster magistrate in September 2016, where he could face up to 99 years in prison if found guilty of his alleged crimes in three separate trials. But he won the right to appeal this decision in 2017.

The Crown Prosecution Service (CPS) is still expected to bring charges for alleged offences committed in the UK, subject to the conclusion of ongoing investigations. A judge is expected to deliver a ruling at Westminster Magistrates' Court on 19 February.