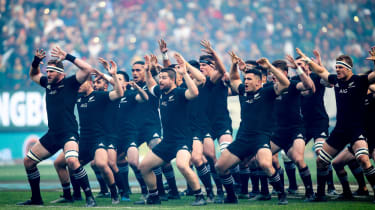 Huawei has taken out a full-page advertisement in a major New Zealand newspaper saying that banning the company in the country is the same as rugby without the All Blacks.

The advert appeared in newspapers owned by Stuff and the New Zealand Herald and read "5G without Huawei is like rugby without New Zealand", in reference to the upcoming rollout of 5G mobile technology.

China-NZ relations and spying - Huawei's advertisement in NZ daily papers today (this one, Dominion Post) lobbying against the Government's ban on its involvement in the 5G network: pic.twitter.com/lswuiuJ2Ww

Huawei's plans to be at the forefront of global 5G infrastructure has been hampered by fears that the company's ties to the Chinese state will lead to global espionage if it's technology is implemented. This is largely fueled by the firm's founder and CEO Ren Zhengfei, who has ties to both the Chinese military and the Communist Party.

With the company facing growing scrutiny from most Western countries, and also relentless pressure from the US, the adverts in New Zealand's papers show an attempt to contextualise itself with a specific state and dispel worries over security fears.

But linking itself to what is the most successful sporting team in the world may not have the desired effect, especially as the All Blacks are an extremely sacred institution in New Zealand and arguably a huge influence within both the sporting world and business. This is detailed in James Kerr's 2015 book Legacy: 15 Lessons in Leadership that details the wider impact of the famous sports team on the rest of the world.

Although there is an argument that not all of the accusations and fears surrounding Huawei are substantial, there are legitimate reasons to block the company over its responses to these claims.

In a letter to the UK's Science and Technology committee, the company warned that it plans to address security issues raised by the UK government would take around three to five years. Ryan Ding, president of Huawei's carrier business group used a train simile in the letter for fixing the companies infrastructure.

"Enhancing our software engineering capabilities is like replacing components on a high-speed train in motion," he wrote. "We hope the UK government can understand this."