Zero-day flaws in Internet Explorer and Exchange patched by Microsoft

Exploit code is known to be in circulation for both vulnerabilities 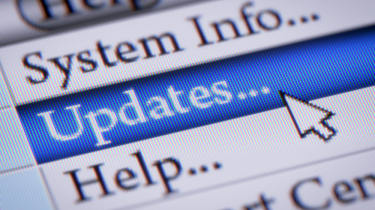 Two zero-day flaws affecting Internet Explorer and Exchange have been fixed by Microsoft as part of its weekly 'Patch Tuesday' update rollout. Both vulnerabilities were known to have exploit code in circulation.

One of the patches addressed an "important" privilege elevation flaw in Microsoft Exchange Server that could be used to gain administrative control over an Exchange server via a relatively straightforward man-in-the-middle attack. It was first revealed last month by security researchers, with proof-of-concept exploit code to accompany it.

Patches have been issued for Exchange Server 2010, 2013, 2016 and 2019. Microsoft's advisory warned that the vulnerability - which is designated as CVE-2019-0686 - warned that although no active exploits had been detected in the wild, exploits were likely.

The second issue relates to Internet Explorer and the way it handles objects in memory. Unlike the Exchange flaw, this vulnerability was not disclosed but was discovered by Google's Project Zero researchers being actively exploited in the wild.

"An attacker who successfully exploited this vulnerability could test for the presence of files on disk," Microsoft's advisory warned. "For an attack to be successful, an attacker must persuade a user to open a malicious website."

Along with these issues, this week's Patch Tuesday saw fixes for products including Edge, Windows, .NET Framework, Visual Studio Code and the ever-updated Adobe Flash Player.

IT administrators should take note of the patches and work to apply them as the vulnerabilities are now out in the public's eye and thus potentially ripe for hackers to exploite them if they aren't fixed.