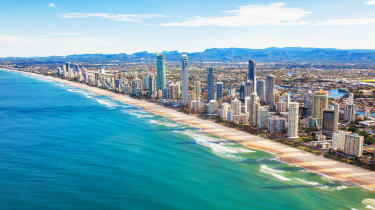 A cyber attack which hit Australia's main political parties and its parliament has been blamed on hackers from another country, according to a statement by the Australian Prime Minister.

The hack was uncovered during an investigation of a breach of Parliament House's computer servers earlier this month. In a statement to parliament, PM Scott Morrison said that the hack happened two weeks ago and was carried out by a "sophisticated state actor".

"During the course of this work, we also became aware that the networks of some political parties, Liberal, Labor and Nationals have also been affected."

Morrison did not name the country responsible for the attack and there was no evidence of any electoral interference.

The PM added that the Australian Cyber Security Centre would provide support to any political party or electoral body attacked by hackers.

"The methods used by malicious actors are constantly evolving and this incident just re-enforces yet again the importance of cyber security as a fundamental part of everyone's business," said Morrison.

Australia's chief cyber security adviser, Alistair MacGibbon, said that it was not known what data hackers had accessed.

"We know that this state actor has been interacting with those networks," he said in a statement to Australia's ABC channel.

"These are very early days and a decision was made, I believe rightly in terms of risk management, to go publicly with this issue before we knew the full extent."

Andrew Tsonchev, director of technology at Darktrace Industrial, told IT Pro that from the breach of Australia's parliament and political parties to an attack on the EU's diplomatic cables, there is a worrying global trend emerging of geopolitically fuelled cyber-attacks.

"Nation states and cyber criminals are ramping up in sophistication to infiltrate and crawl around, what we consider to be the world's most secure networks. It looks like no system, even those belonging to government, are safe from cyber-attack," he said.

Paul Edon, senior director at Tripwire, also told IT Pro that this attack is the latest demonstration of how the threats against nation-states have evolved in the last few years.

"The value of the digital assets that a system holds influences the risk factor of that system, and given the national and international interests invested in a nation-states' parliamentary networks, these kind of attacks are likely to be attempted again," he said.