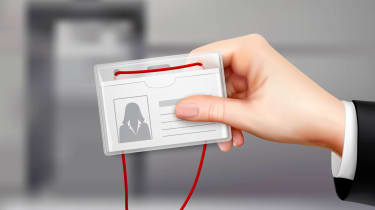 Visitor management systems such as self-service reception kiosks are at risk to a wealth of security vulnerabilities, according to research from IBM.

These management systems are becoming more common as businesses pursue the automation route instead of hiring human receptionists for kiosk attendants. They allow businesses to autonomously authenticate new visitors to a building, provide them with a badge and/or grant access levels to manage their movement in the building.

'Even if the visitor management system is not connected to any network and does not issue badges, it still holds data about visitors, which can be a boon to competitors and inside traders," said IBM in a security blog. "Knowing, for instance, that the CEO of a related company has been visiting every day for the last few weeks could be valuable intelligence to collect. Depending on what data the visitor management system stores, there may be an opportunity for identity theft as well."

Although the research team is keeping most of the details about the vulnerabilities strictly under wraps, just the team and the alerted vendors are aware, we do know that one of the flaws in the systems related to default admin credentials.

"If a visitor management system is working properly, it should be easier to identify which visitors are legitimate and if they should be allowed to move throughout the campus unescorted," said IBM.

Although the use of visitor management systems is more common in the hospitality sector, businesses across the board should be paying attention to things like this.

We reported in December 2018 on how cyber attackers posing as workmen and job interviewees were able to simply waltz into eight European banks and implant Raspberry Pi devices which compromised the bank's IT. From there, these unverified individuals were able to take millions from the banks.

Physical, on-premise attacks like these were just one of the possible consequences IBM detailed in the report. Others include network attacks; if an attacker could leave the kiosk interface and interact with Windows, then attacks could be launched on a company without the attacker having access to the building.

The affected companies have been notified and have issued or plan to issue patches to the known vulnerabilities in their products.