UK banks plagued by IT issues on a daily basis 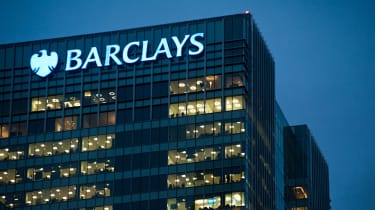 Banks are hit by huge tech outages at least once a day, according to research by consumer watchdog Which?.

The company's report into UK banks revealed that customers from at least one major bank are affected by IT shutdowns every day, with 302 incidents reported in the last nine months of 2018.

The data was collated from the Financial Conduct Authority (FCA), which made it compulsory for banks to tell it if there had been an outage, whether relating to a security incident, such as a DDoS attack or data hack or if there had been operational problems meaning customers were unable to complete transactions.

Barclays was the most unreliable bank according to the stats, with 41 incidents reported between April and December 2018, although Lloyds Bank wasn't too far behind with 37 reports. Halifax came in third place with 31, while Natwest prevented customers from being able to complete transactions 26 times over the nine months and RBS came in fifth place with 21 reports.

The most severe was Lloyds' server malfunction, which affected almost two million of its customers. However, it had one of the fewest reports of the major high street banks, with 16 outages reported.

Starling and Virgin banks were the only ones with no reported problems.

Which? is now calling for the government to appoint a regulator that would specifically oversee the Uk's banking infrastructure.

"Our research shows that these major banking glitches, which can cause huge stress and inconvenience to those affected, are even more common than we feared," said Which? Money editor Jenny Ross.

"This highlights why it is so important that a regulator is given responsibility to protect cash and other non-digital payments as a back-up when technology fails and to ensure no-one is left behind as cashless payments grow in popularity."