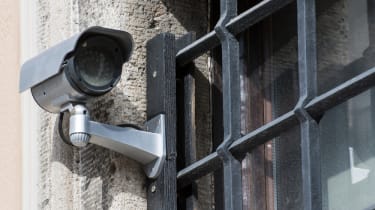 Biometric technology, such as facial recognition, has been successfully trialled at three UK prisons, the government revealed on Tuesday.

The technology, which includes iris scanners, has been tested at HMP Hull, Humber and Lindholme as part of a wider crackdown on drug smuggling into prisons.

Intelligence work has identified a trend of prison visitors supplying illicit items to multiple prisoners and jails across the country and according to the government, more than 23,000 drugs and mobile phones were seized by prison staff - a 4,000 increase from the year before.

Justice Secretary David Gauke, who announced the trials, said that the new technology was needed to stop drug smuggling and ultimately aid rehabilitation.

"New technology is vital in our fight against the gangs that seek to cause chaos in prisons and this biometric equipment has the potential to significantly aid our efforts," he said.

"It forms part of this government's multi-million-pound investment to improve the safety and security of our prisons. Alongside our successful officer recruitment drive, measures like this will help make prisons places of rehabilitation where offenders can turn their lives around. This will cut reoffending and make the public safer."

Individuals that smuggle drugs and devices into prisons are often difficult to track as organised criminals often falsify their identity documents. While some prisons have fingerprint recognition technology, the majority in the UK use paper-based verification, such as drivers licences, which is easy to exploit and slow to process.

As yet, there are no details of any arrests or interceptions of contraband from the trials, but as a deterrent, one of the trial prisons saw a higher than usual 'no show' rate at visits after attendees found out the software would be in operation.

The Prison Service is now looking at how this, and other similar technology, could be used most effectively across the system, but governmental and authoritarian use of facial recognition has not always gone smoothly.

Without any hard statistics, such as arrests, the prison use of the technology could turn out similar to the Met Police's use of it. Last year the force continued to use facial recognition at events such as the Notting Hill Carnival, despite the fact it had proved to be 98% inaccurate. Further to this, the software identified innocent people as criminals and resulted in zero arrests.