Downtime costs £2,140 per minute, on average, which adds up to an eye-watering figure 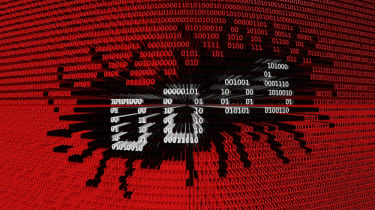 The size and scale of Distributed Denial of Service (DDoS) attacks in the UK could cost the country almost 1 billion per year, according to research.

The statistics come from Netscout's Worldwide Infrastructure Security Report, which surveyed service providers and IT decision makers in the UK, US, Canada, France, Germany, Brazil, and Japan.

"As a result, there are more than 10,000 DDoS attacks every day around the world. The size and complexity of attacks continue to grow and businesses must make sure their key resources are adequately protected, including in the cloud, SaaS etc.."

In 2018, the majority (91%) of respondents said they had experienced a DDoS attack that resulted in network downtime. The average amount of downtime stood at 30 minutes or more for nearly half the companies questioned and an unlucky nine percent found their systems were adversely impacted for more than four hours.

For UK businesses, specifically, 86% of respondents said they had been a victim of an attack at least once last year.

A staggering 90% of these UK businesses say they have experienced downtime, with an average of 67 minutes for the year. The cost of this downtime is estimated to be 2,140 per minute - which added up, comes to an eye-watering 1 billion figure.

"If we assume those impacts apply equally to the 8,000 UK companies with more than 250 employees, the total cost equates to approximately 900 million," Anstee summarised.

"However, we know that the wide availability of the required tools has 'democratised' DDoS. Much smaller companies are also under attack and so the true cost to the UK economy is likely to significantly exceed 1 billion per annum."