No evidence yet that attackers extracted any data, or that the malware spread to any branches 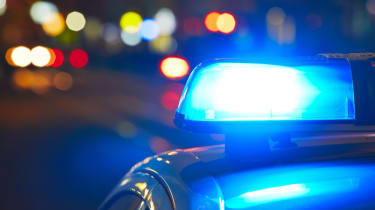 Malicious actors have hit the computer systems of the Police Federation of England and Wales (PFEW) with a malware attack that, at one point, threatened to spread across the entire organisation.

The association body representing near-120,000 officers was alerted to an attack on 9 March by its cyber security systems, which triggered experts into isolating the attack and stopping it spreading to its 43 individual branches.

The attack is not thought to have specifically targeted the PFEW, rather it is more likely to be part of a wider campaign, the organisation said. There is no evidence as of yet pointing towards who may be responsible, nor is there evidence the perpetrators extracted any personal or sensitive data from PFEW systems.

"Our priority has been to mitigate the damage caused by the attack and to protect the personal data of our members and others whose data we hold," said PFEW national chair John Apter, who apologised for the incident.

"We remain committed to representing police officers and ensuring they are supported. We have set up a dedicated webpage to help officers and other individuals with any questions they may have and have directed them to where they can find guidance on the risks associated with this type of incident."

The PFEW is a statutory body responsible for protecting the welfare of its members, who range from junior officers through to the rank of Chief Inspector. The organisation also gathers the views of its constituent police officers with regards to policy and policing methods, and regularly communicates these to the government of the day.

"Being struck with ransomware at this level seems rare in 2019 but it just goes to show that the cyber criminals will continue to attack wherever there are vulnerabilities," said cyber security specialist with ESET Jake Moore.

"Organisations should never have the only backups online where the virus can attack, plus ransomware mitigation tools are easily accessible and feasible.

"However, there is always a cost involved in the prevention of such attacks and sadly the police does not have access to the amount of financial support required to fully protect itself. Corners will inevitably be cut and the police will remain a target whilst this is still the case."

The PFEW said there has been no evidence of data extraction, and that the malware did not spread any further than the systems based at Federation House, the organisation's headquarters in Surrey. None of its external branches around England and Wales were affected, according to the body.

However, the PFEW has been working with the National Crime Agency (NCA) and Information Commissioner's Office (ICO) to establish whether there could be any more indicators pointing to the scale and effects of the attack.

On the nature of non-targeted attacks, which the PFEW believes this to have been, Kaspersky's David Emm told IT Pro that it's interesting how many of these manage to successfully penetrate organisations.

"What was interesting in industrial facilities, the bulk of attacks were ransomware or spyware - just general purpose spyware. And I guess it's interesting for some reasons; one is there's a general understanding that if people are going to be going after those facilities, it's going to be really high-tech targeted attacks, whereas really most of it isn't.

"The second is that if I were an attacker, I'd be lurking around and saying 'wow, if these places can be hit be general purpose malware, what if we actually start trying?'"

Specialist officers from the NCA's National Cyber Crime Unit (NCCU) are taking the lead on the criminal investigation. Meanwhile, the PFEW is liaising with the National Police Chief's Council (NPCC) and the National Cyber Security Centre (NCSC) to gain a better understanding of the fallout.

IT Pro approached the PFEW for comment but did not get a response at the time of publication.