Security industry will "implode" within the next two years 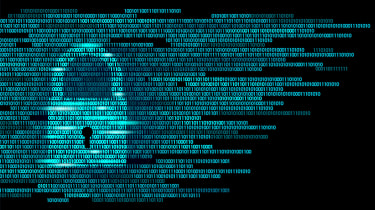 A failure to deliver on lofty promises of artificial intelligence is likely to lead to an implosion within the security market, leading to many companies operating in the sector being forced to shut down or rely on acquisition in order to survive.

That's according to OpenText's vice president of strategic development, who believes the security industry has become oversaturated with companies that are claiming to be able to deliver all-in-one AI-powered security packages to their customers.

"So far AI hasn't helped. AI will help now that I think the market has gotten a realistic look at what AI can and can't be expected to do," explained Di Bello, speaking to IT Pro. "We've seen in security a number of vendors come to market with what they say is AI-powered security out of the box. What that doesn't acknowledge is that every enterprise is way too different to solve security with a generic AI implementation."

He suggests that the idea of selling products to customers as a one-size-fits-all solution is a "flawed presumption" as each enterprise is "completely different in terms of how the networks might be constructed".

"We have found that AI will need to be tuned on a per-organisation basis, at least for the foreseeable future, because of those dramatic differences," he added. "Even the types of threats a business worries about are going to be different."

At a time when the industry is already facing problems of low customer trust, Di Bello argues that companies are taking advantage of customers' need to simply automate processes by trying to convince them that AI is a panacea for all security threats.

"I think what this has really exposed is that what people are really looking for now is just automation; whether it's delivered by AI or not doesn't really matter right now," said Di Bello. "We're seeing a trend whereby folks are trying to figure out how to overcome personnel and resource limitations. You want to believe any [vendor] promise when your day to day life is like being six feet under water, constantly trying to get air in your day-to-day job.

This is the problem in the information security market. I think, over the next few years we're going to see an implosion of businesses in this space."

His comments come just weeks after the annual RSA conference in San Francisco, one of the world's largest information security events bringing together thousands of security vendors over a four-day showcase.

Di Bello, who attended that event, said he was "blown away" by how many vendors now operate within the market. He added that a running joke within the attendee community is that "75% of these vendors you're not going to see within one or two years because they're either acquired or out of business".

"I think we're seeing folks take a more critical and realistic look at vendors in the market," he explained. "Again that's going to have a very real effect on how many players really make it through."