Hackers steal data from 113,000 other hackers 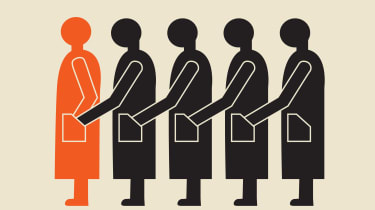 A forum that's popular among a community of online account hijackers and fraudsters has been breached by its rivals.

The OGUser.com forum, which is also used by hackers that conduct SIM card swaps to seize control over victims' phone numbers, has itself been hacked, exposing the email addresses, hashed passwords, IP addresses and private messages for nearly 113,000 forum users.

The administrator of OGUsers posted on the 12 May that outages caused by a hard drive failure had erased several months worth of private messages, forum posts and prestige points. But, he explained to users that he'd restored a backup from January 2019.

What the administrator didn't know, however, is that at the same time, hackers had stolen the forum's user database and wiped its hard drives. This was revealed four days later when the administrator of a rival hacking community, the perfectly named 'RaidForums', announced they'd uploaded the OGUsers database for anyone to download for free, with a fair amount of shade thrown in for good measure.

"On the 12th of May 2019 the forum OGUsers.com was breached and 112,988 users were affected," the message from RaidForums administrator Omnipotent reads. "I have uploaded the data from this database breach along with their website source files.

"Their hashing algorithm was the default salted MD5 which surprised me, anyway the website owner has acknowledged data corruption but not a breach so I guess I'm the first to tell you the truth. According to his statement, he didn't have any recent backups so I guess I will provide one on this thread lmfao."

The database, a copy of which was obtained by KrebsOnSecurity, appears to hold the usernames, email addresses, hashed passwords, private messages and IP address at the time of registration for approximately 113,000 users (although a number of these could potentially be users with multiple aliases).

The publication of the OGUser database has caused some concern for its community, which has become infamous for attracting people involved in hijacking phone numbers as a method of taking over a victim's social media, email and financial accounts.

Several threads on OGUsers quickly were filled with responses from anxious users concerned about being exposed by the breach. Some complained they were already receiving phishing emails targeting their OGUsers accounts and email addresses.

What they're worried about was summed up on Twitter by Analyst Nathan Lex, who pointed out that this schadenfreude will be most enjoyed by law enforcement.

"OGUsers got their database hacked. It compromised Private Messages from every user before 2018. If authority gets a hold of it, any user that was affiliated with black hat activities will be tracked down in a heartbeat."