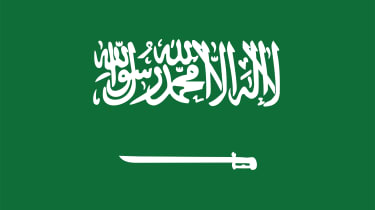 Saudi Arabia has been accused of launching a malware attack on a human rights activist in London.

Ghanem Almasarir, who is thought to be living under police protection in the UK, sent a letter of claim to the Saudi embassy on Tuesday claiming to be the target of a malware attack from Saudi Arabia.

The letter, seen by The Guardian, alleged that the infamous Pegasus software, which takes advantage of a vulnerability in older versions of WhatsApp to covertly install spyware on mobile phones, was used by the attackers to gain access to the activist's phone.

Almasarir has lived in London since 2003 and is a known critic of the Saudi royal family. He has over 40,000 followers on Twitter and over 230 million views on his YouTube channel in which he regularly pokes fun at the royal family.

In his letter, Almasarir said he received suspicious text messages in June 2018. These were tracked by independent experts to a Pegasus operator who was "focused on Saudi Arabia" and were linked to a separate attack against another Saudi critic.

Almasarir's account of the hack says that indicators on his two iPhones, coupled with the fact that he had clicked on corrupt weblinks sent to him, as well as Saudi Arabia's widely reported use of Pegasus, led to the conclusion that the Saudi kingdom was responsible for sending the texts and the resulting infection of his devices.

"A vast amount of Mr Almasarir's private information was stored and communicated on his iPhones ... This included information relating to his personal life, his family, his relationships, his health, his finances, and private matters relating to his work promoting human rights in Saudi Arabia," the letter of claim said, according to The Guardian.

There are a number of critics of the Saudi Arabian royal family who have reported hacking attempts, including Canadian-based Omar Abdulaziz, who filed a lawsuit in 2018 claiming to also be a target of the malware. Abdulaziz is said to have been in regular contact with the Washington Post's Jamal Khashoggi, who was assassinated inside the Saudi consulate in Istanbul in October of that same year.

Saudia Arabia's use of the Pegasus software has reportedly seen hundreds of attacks around the world since 2016. One high-profile incident involved the worlds richest man and his mistress, with a private detective suggesting the Saudi government hacked the phone of Amazon CEO Jeff Bezos.