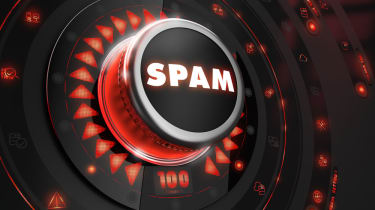 Although the flaw dubbed CVE-2017-11882 was fixed in 2017, Microsoft researchers have noticed a sharp rise in exploits for the remote code execution (RCE) vulnerability in the past few weeks.

The company's security intelligence team have warned about an increase in spam emails loaded with malware, which would allow an attacker to run malicious code on a user's machine without any interaction on their front. The messages are also being written in several European languages, suggesting its targets lie mainly in the UK and wider Europe.

"The CVE-2017-11882 vulnerability was fixed in 2017, but to this day, we still observe the exploit in attacks," the Microsoft team said. "Notably, we saw increased activity in the past few weeks. We strongly recommend applying security updates."

Once the attached RTF file is loaded, it will launch multiple scripts including PowerShell and PHP to download the payload, which in this case is a backdoor trojan. This will attempt to connect to a malicious domain which has been disconnected at the time of writing.

The vulnerability hinges on the Office software's failure to properly handle objects in memory. Specifically, the Microsoft Equation Editor, packaged into all supported versions of Microsoft Office since the year 2000, contains a stack buffer overflow vulnerability.

Microsoft fixed the vulnerability in November 2017, but it remains a popular method of attack among cyber criminals and continues to be actively exploited in various campaigns. It was, in fact, the third most widely-used exploit in 2018 according to analysis by IT firm Recorded Future.

This is because many users haven't yet implemented fixes to the software and are still considered ripe targets for a vulnerability that was fixed more than a year and a half ago.