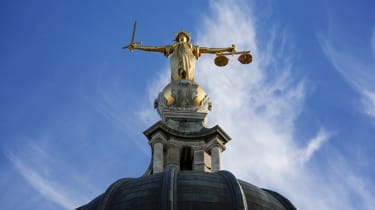 A man from Llanelli, Carmarthenshire, has become the latest person to be sentenced in relation to the 2015 hack of TalkTalk.

22-year-old Daniel Kelley pleaded guilty in December 2016 to 11 charges including hacking with intent, hacking, and possessing computing equipment for the purpose of fraud, but was only sentenced yesterday.

According to BBC News, prosecutor Peter Ratliff described Kelley at his original trial as a "prolific, skilled and cynical cyber-criminal" willing to "bully, intimidate, and then ruin his chosen victims from a perceived position of anonymity and safety behind the screen of a computer".

During Monday's hearing at the Old Bailey, judge Mark Dennis said Kelley had carried out hacking activities "for his own personal gratification" and thus was handed a sentence of four years.

The hacker becomes the third British person to be sentenced in relation to the 2016 hack on TalkTalk, which saw the exfiltration of 150,000 customers' data, after two men were sentenced in November last year.

His crimes were not limited to that incident, however. BBC News reports he first targeted his local college, Coleg Sir Gar, with more than 40 separate cyber attacks over the course of seven months starting in September 2013 after he failed to get into a BTEC computing course he wanted to attend.

Due to the way the college's systems were networked into the Welsh Government's public sector network (PBSA), the attacks also affected hospitals, emergency services, other schools and colleges, and local councils.

Amazingly, his attacks on JJ Fox, Jisc, and TalkTalk all came after he was first arrested by the Welsh Cyber Crime Unit in relation to the earlier attacks.

Kelley, who has Asperger's Syndrome, will spend his four-year sentence in a young offender's institution.