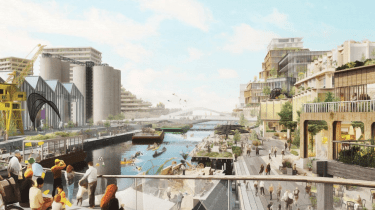 Privacy campaigners are raising concerns for residents caught up in smart city trials, where technology is being used to monitor the environment.

Some of these sensors are used to monitor humidity and condensation in buildings, while environmental sensors addressed wasted heat in communal areas. But, there is also noise sensors which monitor unauthorised activity in vacant properties.

These sensors have caught the attention of privacy campaigners Big Brother Watch, which says it turns Peterborough's housing estates into "surveillance zones".

"Many residents will feel deeply uncomfortable living surrounded by 'noise sensors' and 'parking sensors'. They're being treated like lab rats in a surveillance experiment. The council ought to review this decision urgently," a spokesman for the group said.

IT Pro has approached Peterborough Council for comment, but a spokesman for Cross Keys told The Telegraph: "The sensors that are placed in people's homes are installed with their full consent and they have an absolute right to refuse.

"None of the sensors collect any personal data about residents, only environmental data, and are there to help us deliver better value for improvements to service delivery and to support our tenants by saving them money. Any cost savings we make will be invested back into our existing homes, community investment and into building more affordable homes."

A similar situation is unfolding in Canada, where a Google subsidiary, Sidewalks Labs, is planning a smart city revamp of Toronto's waterfront. The Canadian Civil Liberties Association has voiced concerns that this plan for a high-tech community will invade the privacy of residents. In that case, the campaigners have taken legal action against both the Canadian government and the local government.

The argument seems to be innovation vs invasion with privacy concerns once again being an obstacle for technology. When it comes to smart cities, however, there are clear arguments for sensor technology. The global population is growing rapidly, set to top nine billion by 2050, with cities most likely to see the largest increase. According to Ben Morris, project manager at NTT Data, we need to use technology to make cities more efficient.

"Fundamentally, a smart city uses IT to enhance the quality of life for its occupants and can manifest itself in a number of ways, whether that be energy management, traffic and transport management, or government services," Morris said to Tech City Ventures.