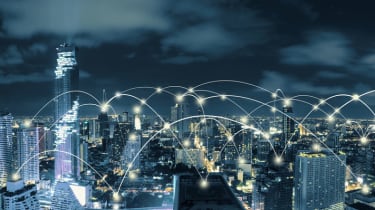 The UK's National Cyber Security Centre has published guidance to governments, organisations and individuals who may be affected by a large-scale global DNS hijacking campaign.

The report stipulates most of the attacks have been isolated to the Middle East, but some impactful cases have been reported in both the UK and the US too. The techniques the attackers are using could also "feasibly be deployed against UK targets".

A Domain Name System (DNS) is like a telephone directory for the internet, routing Web traffic to the correct IP address - hijacking it can allow third-parties to potentially snoop on the traffic flowing to governments, businesses and consumers.

If an attacker successfully hijacks a DNS, they could intercept traffic, placing confidential business information or credentials at risk of theft or exploitation through subsequent phishing attacks.

Two main techniques are being used in the hijacking campaign, the first of which relates to a DNS A (address) record - an entity responsible for mapping a domain name to the IP of the computer hosting that domain.

Attackers are altering these A records to reroute the target domain to the attackers IP address instead, allowing them to create a proxy that mirrors the intended recipient. A new TLS certificate is created when this happens which bypasses browser security warnings.

Firstly, the NCSC recommends using two-factor authentication (2FA) on all domain registrar or registry accounts and use strong, unique passwords.

"Attackers may attempt to use account recovery processes to gain access to domain management, so ensure that contact details are accurate and up-to-date," read the report. "This is particularly relevant for DNS, as it's common for domains to be registered before corporate email accounts are available."

As for the DNS, users should enable any and all types of logging so changes can be reviewed. Backups of critical DNS zones are also recommended in case a recovery is necessary after a breach.

If you want to be ahead of the attackers, there are a few ways to pre-empt any malicious activity should they get a foothold on your system. Critical DNS record should be monitored regularly (monitoring software is widely available) for unexpected changes to Name Server records and the DNS A records associated with them.

You can also monitor Certificate Transparency logs for TLS certificates being issued for your domains - unexpected certificates could indicate a possible breach.

As it stands, internet service providers (ISPs) are fighting for their right to monitor web traffic as a new encrypted DNS system is being adopted to increase security.

There's a debate around whether these changes need to be made, some experts believe DNS is fundamentally weak and the changes are long overdue, while others claim it could scupper the Internet Watch Foundation's child abuse blacklist.

"DNS is fundamentally insecure," said Neil Brown, a network expert lawyer and founder of law firm Decoded Legal. "DNS is used - or abused - to do a number of things like content controls for court order site blocking. If you ask for the Pirate Bay, the number you get back isn't for the Pirate Bay."