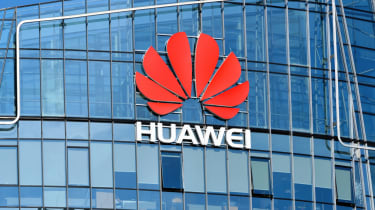 The UK has delayed the final decision regarding the extent to which Huawei be involved in the country's 5G infrastructure, citing uncertainty around the ramifications of the US' sanction as the reason.

The US placed Huawei on a trade blacklist on 15 May and five days later issued a 90-day Temporary General License for existing Huawei users to keep receiving updates to their devices.

If the license isn't renewed, then the future operation of Huawei equipment in the UK could be jeopardised. "Since the US government's announcement we have sought clarity on the extent and implications but the position is not yet entirely clear," said digital minister Jeremy Wright, before confirming that "[the government] will do so as soon as possible."

The US' ban on Huawei from buying American-made goods sent a ripple of unsavoury consequences on the global supply chain that has already impacted British tech. Cardiff-based chipmaker IQE was forced to slash its revenue targets by 35 million in the weeks after the ban due to customers cutting their orders.

Research from Mobile UK also showed that a ban on Huawei equipment could cost the UK economy as much as 6.8 billion in replacement technology and the cost of labour to carry out the switch.

Coinciding with the announcement of the delay to the Huawei decision, Wright also announced the publication of the results of a review into the UK telecoms supply chain - an assessment of the security of British telecoms networks and what needs to be done going forward. These rules would have a much wider application than to just Hauwei's case.

Wright said there were three areas of concern, the first of which was in the way existing telecoms arrangements have been made with commercial outcomes taking a priority rather than cyber security.

To address this, Wright proposed a new security framework to be created with input from Ofcom and the government. The rules set out by the framework must be backed up with more stringent law regarding their enforcement Wright said, alluding to the weakness in current law on the topic.

Until the new legislation is drafted and implemented, Ofcom will work with mobile network operators (MNOs) on a voluntary basis to ensure they are vetting telecoms vendors more strictly and in accordance with the new requirements.

"They will also be required to work closely with vendors, supported by government, to ensure effective assurance testing for equipment, systems and software, and to support ongoing verification arrangements," Wright added.

"In addition, we must have a competitive, sustainable and diverse supply chain, if we are to drive innovation and reduce the risk of dependency on individual suppliers."

Huawei is the biggest and most popular telecoms equipment manufacturer in the world with a larger market share than any other telecoms vendor.

Speculation around the security of its equipment has been made for well over a year but came to a head when the US alleged that it could be used for cyber espionage due to the pervasive deployment of the equipment and Huawei's CEO Ren Zhengfei having ties with the government after his brief stint in the People's Liberation Army.

Claims suggest Huawei could implant backdoors in its equipment to allow the Chinese government to remotely and invisibly spy on countries that rely on its infrastructure - something Ren vehemently denies.