NSA to create new division to bolster US cyber defences 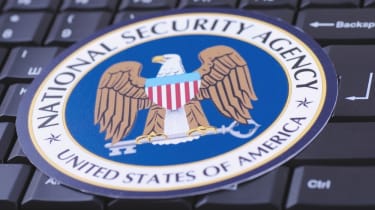 The USA's National Security Agency (NSA) is setting up a cyber security division with a specific focus on guarding the country against attacks from foreign adversaries like North Korea and Iran.

The organisation, which is tasked with overseeing America's cyber security operations, will establish a group dubbed the Cybersecurity Directorate with the aim of unifying foreign intelligence and cyber defence missions, according to CNN.

This new directorate, which has an exclusive focus on defence, is being formed amid rising geopolitical tensions with countries like Iran, against which the US was widely reported to have launched a cyber attack in June.

The group will be led by the NSA's lead investigator on election fraud, Ann Neuberger, and will become operational from 1 October.

"This new approach to cyber security will better position NSA to collaborate with key partners across the US government like US Cyber Command, Department of Homeland Security, and Federal Bureau of Investigation," the NSA said.

"It will also enable us to better share information with our customers so they are equipped to defend against malicious cyber activity."

The NSA is renowned for its focus on offensive cyber capabilities and also gained notoriety for its role in devising a series of programmes to orchestrate mass data gathering, as revealed by the Edward Snowden leaks.

Most recently the organisation was indirectly linked with a devastating hack on the government of Baltimore. Researchers learned the tool used to shut down the government and lock people out of essential services, dubbed EternalBlue, was developed by the NSA and used by cyber criminals.

This additional focus on defence reflects a time of heightened tensions across borders, not just between the US and Iran, but with China too.

Both nations, as well as North Korea, have been linked with a handful of known cyber gangs. The NSA's decision to create a defence-centric unit comes as the scale and severity of cyber attacks continue to rise.