GeForce, Quadro and Tesla GPUs are affected by bugs that could lead to local code execution 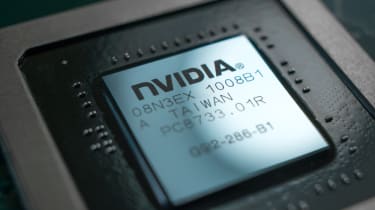 A host of Nvidia graphics chips are affected by five dangerous vulnerabilities ranging in severity, including one that could allow an attacker to execute malicious code locally.

Organisations using NVIDIA's GeForce, Quadro and Tesla graphics processing units (GPUs) have been urged to update their drivers immediately after the graphics giant published details around the recently-discovered flaws.

The most severe flaw, dubbed CVE-2019-5683 and rated 8.8 via CVSS V3 standards, involves a flaw in a component of the Windows GPU Display Driver software. If exploited, a malicious actor can install malware on a victim's machine.

More specifically, if an attacker has gained access to the user mode video driver trace logger component, they are able to create a hard link because the software does not check for such an attack.

Successfully taking advantage of this vulnerability could lead to local code execution, denial of service, as well as privilege escalation attacks.

Elsewhere, two separate flaws with DirectX drivers, each given a severity rating of 7.8, would also allow an attacker to execute malicious code or launch a denial of service attack.

Both flaws were first discovered by Cisco Talos security researcher Piotr Bania, who noted that VMware's ESXi, Workstation and Fusion products are affected by the out-of-bounds write vulnerability triggered through a specially crafted shader file.

Businesses likely to deploy either variant of the Nvidia GPU, as well as GeForce GPUs fitted into notebook devices, are being urged to upgrade their drivers as soon as possible to the latest version.

These flaws are rated highly severe, but require an attacker to have close physical proximity to a targeted device, so are far less likely to be executed compared with remote-code execution vulnerabilities.