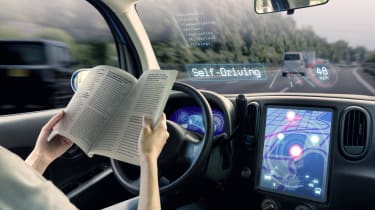 The UK government has launched a 2 million feasibility fund to encourage businesses to develop methods for testing the cyber security resilience of autonomous cars and their supporting infrastructure.

The ultimate goal is to be able to use the research to define a universal testing facility used to determine whether autonomous cars have enough hacking resilience to be allowed on British roads.

The fund is run through a partnership between The Centre for Connected and Autonomous Vehicles (CCAV), Zenzic (formally Meridian Mobility) and Innovate UK, part of UK Research and Innovation.

The scope of the project is wide; in order to be eligible for the grant, businesses must be able to identify methods to create and test vehicles' hardware, software and roadside infrastructure.

In addition, applicants should provide their thoughts on how to future-proof the testing procedures and design government-backed certification processes to ensure the facility scales alongside the advancing development of connected and autonomous cars (CAVs).

Eligibility will also hinge on a business' willingness and ability to explore commercial opportunities and provide test facility input specifications, which could be for physical or virtual facilities - or a combination of both.

The proposal must also stick to one of the five themes as set out by the CCAV which are:

This isn't the first time the British government has investigated the cyber security of CAVs. Back in December, the British Standards Institute (BSI), in conjunction with the National Cyber Security Centre (NCSC), released a Public Available Specification which outlined the requirements for CAVs security standards.

The longevity of security was a common theme among these principles which stated security systems and all software must be regularly updated and secured over the course over its entire lifetime.

The PAS also said the storage and transmission of data must be controlled and secure, and every system should be resilient to cyber attacks.