Flaws in the most popular operating systems, however, are just as dangerous as third-party bugs 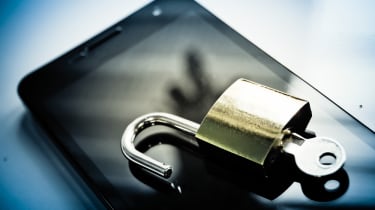 The number of security bugs affecting Android devices has fallen sharply in the first half of this year, although the proportion of these which are deemed 'critical' has risen.

Up to June, there have been reports of 86 flaws affecting the Android operating system (OS), versus 611 flaws listed for the whole of 2018; suggesting this will decrease abruptly compared against previous years. The proportion of 'critical' flaws, on the other hand, rose from 49% in 2018 to 68% this year.

Meanwhile, Apple's iOS saw a 25% rise in vulnerabilities detected compared to 2018, 155 for the first six months of the year, and almost double those found in the Android OS. The proportion of these considered critical is approximately 20%, however.

Figures from ESET's We Live Security platform outline the state of mobile OS security for the first six months of the year; taking into account the number of vulnerabilities registered as well as incidents of malware detection.

As well as fewer bugs, Android has also experienced fewer malware detections in 2019. This figure declined 8% versus the first half of 2018 and 10% against the second half of last year, following a steady decline from a peak in 2016.

By contrast, iOS malware is on the rise, increasing a staggering 43% against the first half of 2018. The number of new malware variants remains low, however, which suggests that cyber criminals are more interested in developing ways to breach devices on Android, which has a larger number of users.

The research highlighted a number of prominent examples of malware incidents hitting devices in the first half of the year. Recent examples include one in which iPhone users were subject to a previously corrected bug being reopened by a faulty update that allowed cyber criminals to jailbreak iOS.

Another prominent incident, which affected both systems, was a vulnerability with WhatsApp that allowed hackers to covertly install spyware on users' phones and track their communications and location data.

"Although mobile systems have been designed with a security perspective and are sometimes safer than traditional technologies, we must not forget that the risks are still latent," said We Live Security researcher Denise Giusto Bili.

"Beyond favoritism, we must always keep in mind that no system is invulnerable and that education and prevention are inescapable to use mobile technologies safely."

Bili also warned that in addition to threats facing the two most widely-used mobile systems, there are multiplatform risks that are associated with third-party apps, for instance, another flaw in WhatsApp that allowed quoted messages to be altered.