Windows RDP server access peddled to anyone with pocket change 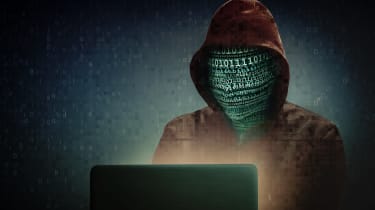 Credentials for unhacked Windows RDP servers are just one of the rising commodities being pawned off by cyber criminals whose dark web antics are becoming more sophisticated every year.

Windows RDP servers can be used by attackers to gain a foothold in a victim's network to subsequently launch ransomware attacks and these are being sold for as little as 16 per server. That's according to a new black market report from Armor.

The proliferation of RDP server credential sales are just one branch in a wider tree of dark web nefariousness; elsewhere, cybercrime as a service is thriving given the relatively low price criminals can pay for such devastating services.

A targeted DDoS attack costs just $60 per hour but ransomware can cost a little more. Of the services listed in the report, prices vary depending on the product.

For instance, a generic copy of ransomware can cost between $225 and $660 while a copy of the Megacortex enterprise ransomware, which has already racked up millions in successful ransoms, can cost upwards of $1,000 plus 10% of the ransom.

If a 'set it and forget it' approach is what you're after, the long-running ransomware as a service (RaaS) Ranion can be run for as little as $120 per month, according to the data taken from English and Russian-speaking forums in the first half of this year.

The industry has been touting the rise of ransomware and RaaS for years now but a sharp rise has been observed in the number of reported cases, specifically in the UK.

Businesses reported a 195% increase this year in ransomware attacks - an attack vector that consistently scores highly in terms of most common threats to enterprises.

Financial fraud is still as prolific as it ever has been on the dark web, but a recent trend has emerged whereby criminals can monetise stolen card details without ever having the money enter their accounts.

Using a transfer service like Western Union, a legitimate service infamous for enabling scams and fraud, a user can send a criminal vendor $800 and receive $10,000 in return, the report reveals.

"For those scammers who don't possess the technical skills and a robust money mule network to monetise online bank account or credit card credentials, this is an offer that can be very attractive," said Chris Hinkley, head of Armor's threat resistance unit.

"The threat actors are still selling financial account and credit card credentials outright, but this clever service gives them an additional channel for monetising the large amounts of financial data available on the underground.

"Plus, they still reduce their risk because ultimately, they are not taking possession of the stolen funds."

Other services include Visa or Mastercard data for as little as $15 dollars (more for additional information such as date of birth) and ATM skimmers from $500.

Amazon gift cards with a $1,000 balance can also be purchased for as little as $100 and changes to credit history cost just $130.

As these services are being peddled on the dark web, it's notoriously difficult to track these criminals through their traffic alone and as their methods get more sophisticated, the battle only becomes more difficult.

"Having this intelligence is key in helping us protect our clients from current and emerging cyber threats," said Hinkley. "And although it feels like a never-ending battle, it is a fight worth fighting."