Coordinated effort leads to hundreds of arrests and $3.7 million seized from phishing gangs around the world 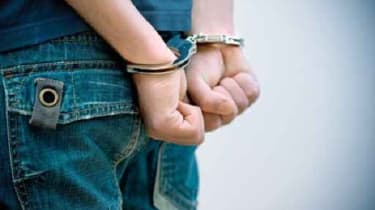 Hundreds of cyber criminals involved in business email compromise (BEC) attacks have been arrested as part of a global crackdown led by the FBI.

Authorities from across the world partnered to take down scores of online scammers in a string of nations including the US, the UK, Japan, as well as parts of Europe and Africa. Some 281 suspects have been detained as part of the sweep, with authorities recovering $3.7 million in seized funds.

These cyber criminals are known to target employees within organisations who have access to finances by sending carefully-crafted emails. They also use sophisticated methods like social engineering and intrusion to fool victims into making bank transfers to accounts presumed to belong to a trusted business partner.

"The FBI is working every day to disrupt and dismantle the criminal enterprises that target our businesses and our citizens," said FBI Director Christopher Wray.

"Through Operation reWired, we're sending a clear message to the criminals who orchestrate these BEC schemes: We'll keep coming after you, no matter where you are."

There have been a number of prominent BEC attacks through the years, with methods increasing in scope and sophistication.

For example, the Nigerian-UK hacking group London Blue targeted a hit list of 50,000 financial leaders during to five-month campaign in 2018. The list comprised high profile targets from a broad range of companies.

The FBI has cited a case dating back to 2015 in which two men working remotely in the UK and Nigeria sent emails to an executive at a Connecticut-based firm purporting to be its CEO.

They requested a transfer of funds and the email appeared legitimate, so multiple transfers totalling $500,000 were sent to accounts belonging to cyber criminals.

"If you saw the email, it would look very legitimate," said Jennifer Boyer, an agent who worked on the case. "Take a moment to consider that maybe it's not your boss and pick up the phone and verify.

"It's that second-factor authentication that people really need to implement, and so many people don't."

News of the FBI crackdown also comes as the Internet Crime Complaint Centre (IC3) revealed that between June 2016 and July 2019 there have been 166,349 significant incidents of BEC, with $26 billion (21 billion) lost.

Similar social engineering attacks have been used in conjunction with relatively advanced technology, such as artificial intelligence (AI), to defraud company executives with access to an organisation's finances.

In March this year, cyber criminals used AI combined with voice technology to mimic the voice of a CEO of a German company that owns a UK-based energy firm. The chief executive of the energy firm was fooled, through a phone call, into wiring 200,000 into an account based in Hungary.