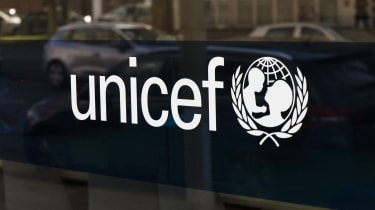 An email was mistakenly sent on 26 August to 20,000 Agora users containing the private data belonging to 8,253 people who enrolled on the platform's immunisation courses.

Agora offers courses on child rights, humanitarian action, data, research and is used by UNICEF staff and members of the public.

"This was an inadvertent data leak caused by an error when an internal user ran a report," said Najwa Mekki, media chief at UNICEF in an email to Devex.

"The personal information accidentally leaked may include the names, email addresses, duty stations, gender, organization, name of supervisor and contract type of individuals who had enrolled in one of these courses, to the extent that these details were included in their Agora user's profile."

UNICEF became aware fi the incident a day after the email was sent and remedied the situation to "prevent such an incident from reoccurring".

Agora users were sent an email explaining the situation which then asked them to delete the spreadsheet full of data they may have received from their inboxes and their recycle bins too. The email also included an apology from UNICEF.

"I continue to advise users to change their passwords immediately after being informed of a breach while not clicking on any links in unexpected emails, and to use unique passwords for each account they create."

Whether UNICEF will be subject to a GDPR investigation is undetermined as of yet, with some experts thinking that UNICEF may avoid one as it's a United Nations (UN) organisation.

Clare Sullivan, managing director of CyberSMART told Devex that UNICEF will probably be exempt from a GDPR probe as a UN body but it's something that still hasn't been tested in court.

Mekki, however, took a more absolute approach when addressing the question and said: "UN entities are not subject to GDPR" and that UNICEF did not report the case to authorities.

"The fact that UN organisations are not subject to GDPR should not mean that data protection practices should fall off the radar," said Javvad Malik, security awareness advocate at KnowBe4.

"All companies - and specifically intergovernmental organisations - should look to improve their cyber security posture, ensuring all staff are aware of their responsibilities."